A Trip to the 2011 New England Boat Show in Boston

It’s been a few years since the Maine Boats, Homes & Harbors crew attended the New England Boat Show in Boston, and the show’s evolution was pretty obvious.

Where the show once filled the cavernous Boston Convention Center to overflowing with seas of production I/O boats, deck boats, power cruisers, a smattering of sailboats and approximately 14,000 19-foot to 22-foot white center consoles, we found the 2011 event somewhat smaller in scope but displaying a greater variety of craft. More importantly, there was a pervasive sense of optimism within the exhibitor corps, a sense that the coming season bodes well for those who are looking to move forward and get back to boating in a big way.

A one-day cruise through the show’s crowed aisles revealed a selection of tasty boats, any one of which we’d be pleased to tie up to the Maine Boats, Homes & Harbors docks in our home port of Rockland. At the Winter Island Yacht Yard booth we had a look at the Ranger Tug 25. The 25 packs a whole lot of living space into a trailerable package. The C.W. Hood 32 is a graceful daysailer, built and fitted out with a simple sophistication that reduces the sailing experience to a skipper, some friends, and and easy to use but speedy little sloop. Hunt Yachts had the Surfhunter 29 coupe on-display. This new hardtop version of the versatile Surfhunter 29 hull adds a new helm-deck seating layout for entertaining friends or weekend live-aboard cruising no matter what the weather. East Coast Yacht Sales had the new MJM 36z at the show. This brand-new scaled-down version of MJM’s successful 40z adopts its larger sibling’s flush deck layout, side-access cockpit doors, and joystick-controlled twin outdrive power package. Sitting alongside the 36z in was Hull #1 of the spanking new Tartan 40-footer, with ample living space enclosed in a gorgeous wooden interior. The Fortier 26 is a classic New England bassboat, on a proven seaworthy Eldredge-McInniss hull with simple but exquisite finish to the exterior woodwork and interior furniture. We also got a kick out of the model pond featured a brace of “wind generators” (aka fans) to make sure the sailing action was as realistic as possible.

Have a look at the photo gallery for the boats mentioned above featuring some of (but by no means all of) our favorites. 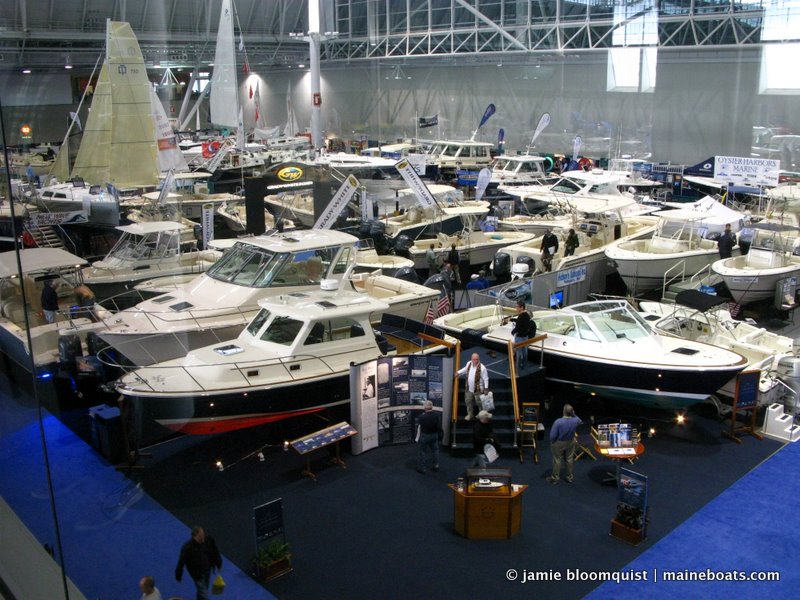 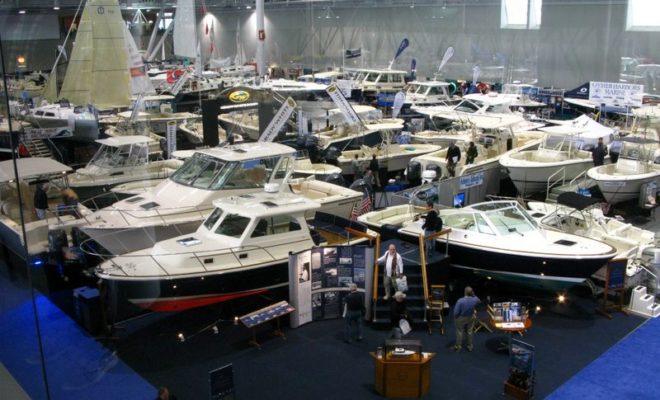