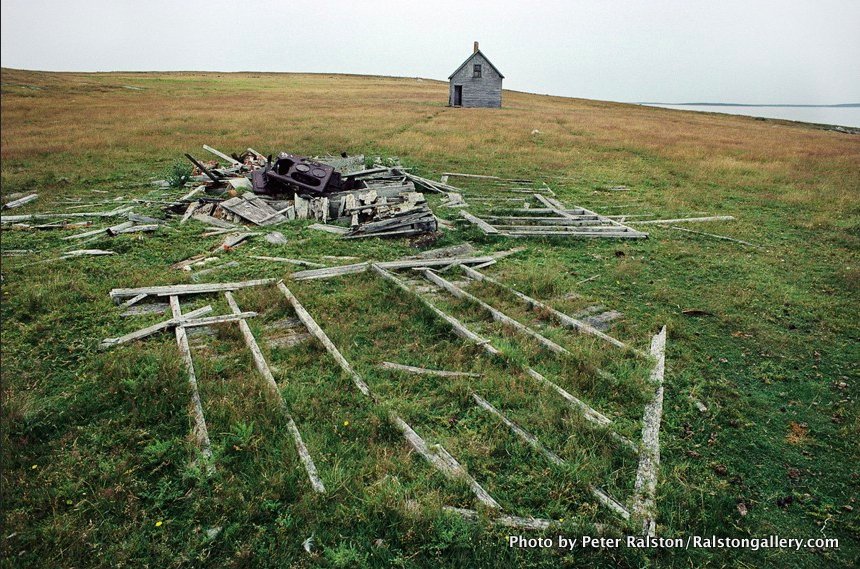 Friends own one end of a most remarkable island a few miles offshore, and years ago I used to spend a bit of time out there. This island has one of the more unique histories, which, off the coast of Maine, is really saying something.

It’s been in the same family for a very, very long time. It’s been fished and farmed for centuries — and still is, by the same family. Back in 1983, when we needed island-adapted sheep for our clearing effort on Allen Island, this island is where we came. The sheep in my well-known photographs, Pentecost and Clearing, are from this island.

One day I was up on the north end of the island, poking around, just me and my camera. It was the first time I had walked that end and I was deeply moved by the old fishing camps up there. No cellar holes, just decaying remnants of what was once a thriving little seasonal community.

The place absolutely reeked of the past and I wandered in a reverie, surrounded by the evidence of so many lives lived and, now, lost.

I beheld this particular juxtaposition of buildings and that was that.

This image has been very well-received in the years since, but no reaction to it will ever please me as much as the time, a few years later, when I took the brand-new Island Journal (the annual publication of the Island Institute) over to share with another friend, Amy.

In that hot-off-the-press issue was a story about an ancestor of Amy’s who was an island man and who, in the course of his long and full life, had managed to blow off one of his legs while out duck-hunting. It was a great story and was very much enhanced by an old photograph loaned to me by Amy, depicting her ancestor, Cyrus, sitting rather stiffly for the long-ago photographer under two guns hung on the wall, one of which was the shotgun that had removed his knee.

I handed Amy the new Journal and we went straight to the story about Cyrus. It was an immediate hit with Amy and we were both pleased by our mutual accomplishment. Then, flipping through the rest of the pages, Amy came upon this photograph of mine and without a nano-second’s pause blurted, “Gawd, didn’t Dynamite (her husband) and I have Some Fun in that place!”

Upon which she instantly turned beet-red.

We both laughed long and hard, for she knew that I knew a bit about their courtship, back when young Dynamite was fishing off the island and young Amy used to visit.

And we reveled, each in our own way, in the innocent, delicious way in which Amy’s memory had taken us out to the island, back to a time of young love, love that in their case had so clearly flourished in the many decades since.

And, still later, when my book “Sightings” came out, I titled this photograph Tumblehome. Obviously this once-home had tumbled, but beyond that, Tumblehome was the name of a boat belonging to yet another friend, a best-older-friend, who taught me a lot about love and courage and generosity of spirit.

And it is to her, and to Amy and Dynamite, and to my friends down on the southern end of the island, that I dedicate this piece. You have added so very much to my life. Thank you all.

Photos of Poring Through Maine Island Memories and Lives 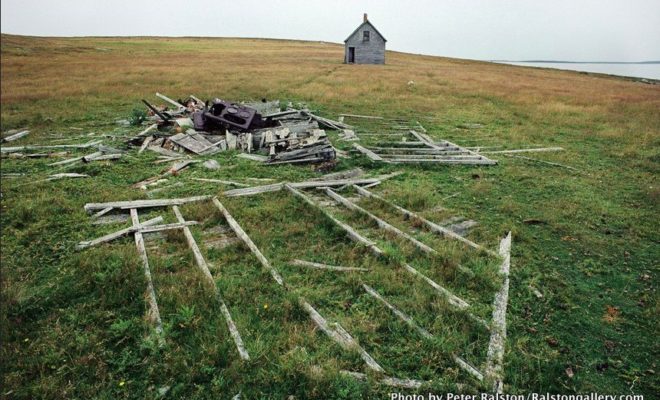