Terri and I attended a huge Fourth of July party a few years back up Somes Sound on Mount Desert Island. Major fireworks, Reba McIntyre singing, a big deal and quite the evening.

After the festivities we headed off on Raven to a nearby island where another friend has a few moorings in a nice quiet spot where we could spend the night with the sweet security of being on a stout mooring, rather than anchoring.

Early the next morning I awoke and without waking Terri went up on deck to reconnoiter. I beheld my friend’s two sailboats on the neighboring moorings, and quickly made this image as the morning fog silently ghosted around Raven, her boat in the foreground and her husband’s in the background.

I knew that my friend would like this so I made a print for her and she “got it” at once.

“There’s me, in the foreground, clear and bow on. And there’s himself, beam to, slipping into the fog.”

Sadly, her husband is indeed in a slow drift off into his own increasingly foggy realm, one beyond all charts. And my dear friend is, indeed, dazzlingly clear and bow on in life.

For a portrait of another marital couple, check out my image/story, “Couples.”

It’s one thing when these quasi-metaphors of mine reference the past…in this case, however, we behold the present, and, inevitably, the looming future.

And so it goes.

But I am very, very glad that I was, earlier, able to give my friend a portrait of her ever so sweetly kissing him under a sheltering apple tree on their island. It was a crisp and clear day, yet the first signs of the coming fog were starting to show. I didn’t know it at the time, but she did…and her love for him shows in that earlier portrait.

It was, and is evermore, dazzling. 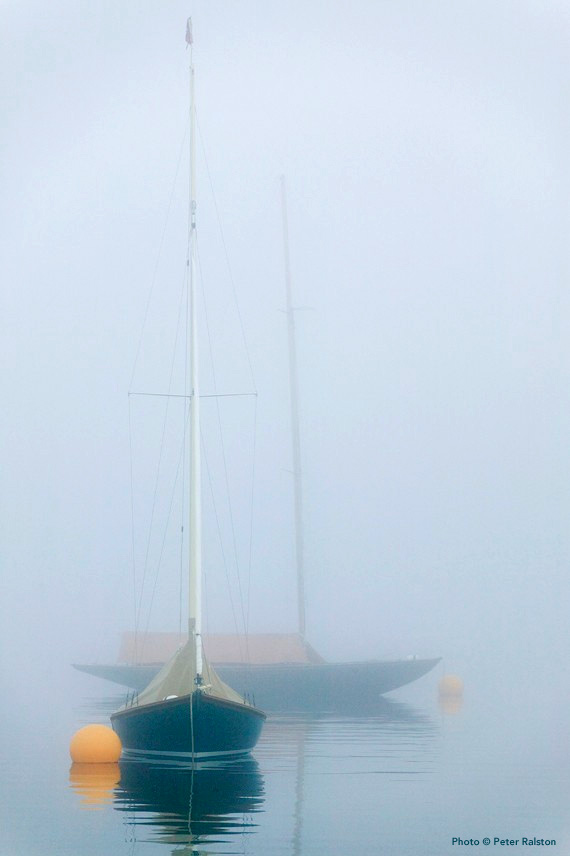 The Couple. Photograph by Peter Ralston

Photos of A Favorite Couple on Mount Desert Island 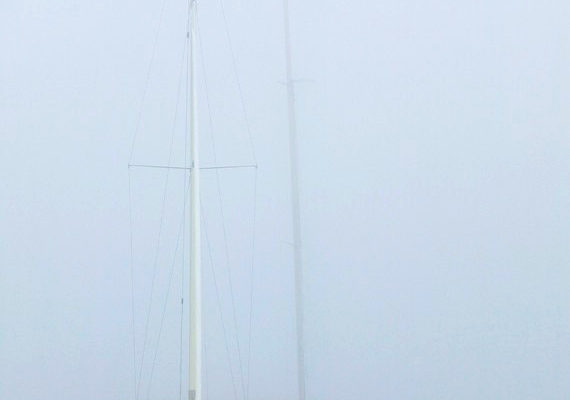 The Couple. Photograph by Peter Ralston