Capturing the Light on Boon Island

Years ago I was asked to shoot aerials of every lighthouse on the coast of Maine. I didn’t need to be asked twice on that one.

This is Boon Island, over to the west of us, between Portland and the New Hampshire border. It stands on a ledge that’s only 300 by 700 feet, six miles from the mainland, and it’s the tallest lighthouse in New England.

Boon is a tough place all right, like most of the outer lights, but for “tough” it’s in a class unto itself. Here’s part of what Wikipedia has to say about it:

“It was discovered when a coastal trading vessel, the Increase, wrecked on it in the summer of 1682. Four survivors — three white men and one Indian — spent a month on the island, subsisting on fish and gulls’ eggs. One day they saw smoke rising from Mount Agamenticus several miles away in York, so they built a fire to attract attention to their plight. The Indians at Mount Agamenticus saw the smoke from the island and the castaways were soon rescued. Seeing their survival as a boon granted by God, the men dubbed it Boon Island, an ironic name for what poet Celia Thaxter called ‘the forlornest place that can be imagined.’

“More famous was the shipwreck on December 11, 1710, of the British merchant ship Nottingham Galley. All fourteen crewmen aboard survived the initial wreck, however two died from their injuries and another two drowned while attempting to reach the mainland on an improvised raft. The remaining ten crewmen managed to stay alive despite winter conditions with no food and no firewood for twenty four days, until finally rescued. They resorted to cannibalism, which gave the incident a notoriety that it retains even today. It is said that after this disaster, local fishermen began leaving barrels of provisions on Boon Island in case of future wrecks…”

“Keepers willing to live in such a desolate place were few, arriving and departing in steady succession. Only one man seemed to thrive there; William W. Williams stayed 27 years and lived past the age of 90.”

And as I sit here writing and looking at “Light” – what other title could I possibly have given this? – I think about the first four survivors. I think about that later December wreck – Dear Sweet God! – and, maybe above all, I think about how much I would love to have met William W. Williams. Now there’s a story.

Currently the United States government is trying to sell the island. Go figure.

And the sun just keeps rising from the eastern sea. 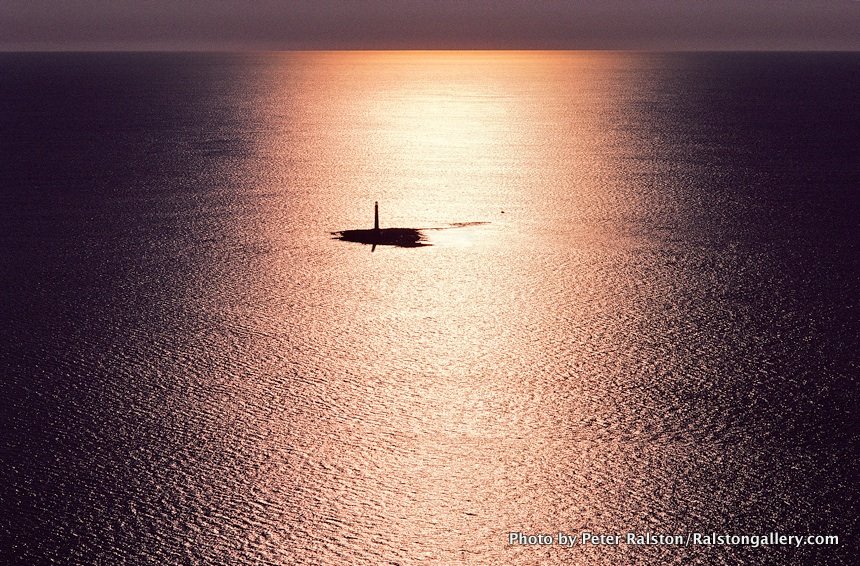 Photos of Capturing the Light on Boon Island 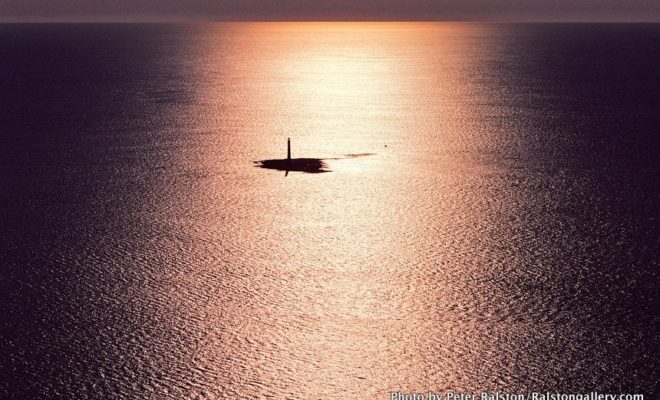