The water is cold (40s), the air is cold, the winds have been wrong, but the fishing is hot. I have hit the oceanfront hard in the past week and I can tell you the fishing is about as good as it gets at this time of year. I’ve found the fish in multiple spots along the oceanfront, and when you find them, there are a lot of them to catch. My totals for a recent three-day stretch are well over 50 fish. Those results have really exceeded my expectations.

The hot ticket to catching them has been a Cocahoe minnow fished on a jighead and fished below one or two shrimp teasers. I’ve seen others scoring well with Clouser flies used as teasers. I’ve had numerous double headers as well as some triple headers on this rig. To get three schoolies to hit at the same time, there has to really be a big bunch of them.

I am also surprised at the size of the schoolies. Last year there were lots of really tiny ones in the 10-14-inch range. However, this year’s fish average about 20 inches with some being near keepers. There are really good size early season fish.

The migrating schoolies are also really spreading out throughout the state. For the first time this spring I fished the upper Bay on May 2, and caught stripers there too. I had been hearing reports from friends who have been catching in the lower Bay and mid Bay locations so I decided to try the Bay myself.

The crazy thing about that night is that I caught two stripers, one a near keeper and the other about 20 inches, on small poppers. Both fish were super active and just blasted my surface offering. Usually you don’t start getting them on topwater lures until things really warm up, but these fish were taking on top, a sure sign that things are heating up. I also saw a couple of fish break for bait, another unusual activity in this early going.

So, it’s happening all over right now. With warm temperatures expected all week, look for some bigger fish and maybe even a few bluefish to arrive soon. 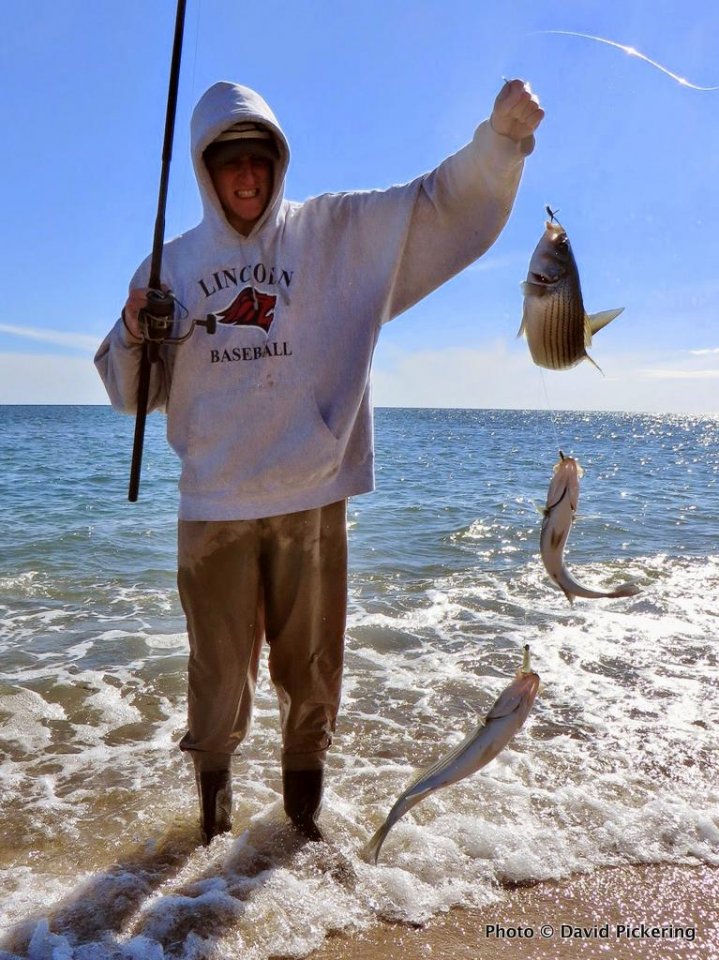 Jon Pickering hoists up a triple header that was landed on shrimp fly teasers and a Cocahoe on a jighead.

Posted May 7, 2015 by David Pickering & filed under Fishing. 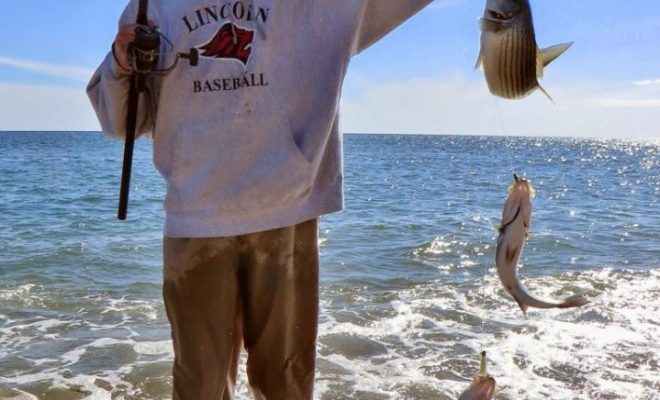 Jon Pickering hoists up a triple header that was landed on shrimp fly teasers and a Cocahoe on a jighead. 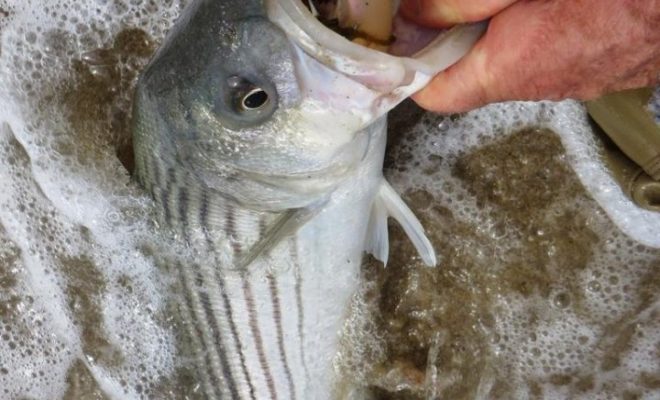 Cocahoes mounted on half ounce jig heads have been hot numbers recently.