International Coastal Cleanup Day on September 17 is a promise to bring cleanliness and purity to nature as a whole. The day was started as a way to raise awareness about the growing pollution on various beaches of the world. Population growth and capitalism are just two of the main factors that have led to severely high levels of pollution in the environment, particularly in the oceans that make up over 70% of our planet.

Water has a cyclical nature, which means that anything we are putting into our oceans and other water bodies will come back to us sooner or later. For every mile of ocean, there are at least 46,000 pieces of plastic debris floating within said distance. Furthermore, as plastic does not decompose over a long period, and only disintegrates, minute plastic particles are already showing up in our food and water. If these trends continue, it won’t be long before we face disastrous outcomes for our environment.

The International Coastal Cleanup Day came into existence more than 30 years ago. It was founded by Linda Maraniss and Kathy O’Hara, both of whom worked at the Ocean Conservancy, a nonprofit environmental agency that specializes in formulating resolutions and policies at federal and governmental levels. In 1986, Maraniss was inspired by O’Hara’s work and dedication towards cleaning up the ocean. The latter’s paper, which was due to be published next year, focused on plastic pollution in the ocean. Maraniss discussed her interest with O’Hara about starting a day to bring attention to the oceans’ growing pollution problem. They approached several environmental groups and activists with the idea, and in no time, the duo had enough support to start an official cleanup. The idea was simple: Go to a local beach with a garbage bag and start picking up trash in order to reduce the amount that would be swept into the ocean by water or wind.

Cleaning up the beaches wasn’t the only aim of the International Coastal Cleanup Day. Another important goal was to document and study the type of trash collected during the cleanup. Documentation included studying the trash’s material, where it could have come from, how long it would take to disintegrate, and what impact it would have on the ocean and the species living in it. Once everything is identified and documented thoroughly, the governments are informed about the findings. In order to prevent further damage, lobbying efforts are started at national and international levels. Industries also face policies that would stop them from either producing such items or dumping them into the oceans. Ever since its inception, the day has seen over 6 million cleanup volunteers in over 90 countries.

1. Volunteer for a cleanup drive

This is the perfect day to go to your local beach and offer your time and services to clean it up. If no cleanup drives are happening around you, don’t worry. You can organize one yourself and get people to volunteer and help you with the cleanup.

Keeping yourself and your environment neat and clean is one of the most basic hygiene practices we are taught as young children. Bring back the cleanliness lessons and implement them on yourself and those around you. Do not stand littering as eventually, it will come to harm you (and the litterers) in the long run one way or another.

Plastic started as a boon for many as it is durable and can be used to store a variety of things. But it is these very qualities of plastic that have turned it from a boon to a curse. The plastic toothbrush or spoon that you used 10 years ago and discarded, is still out there somewhere. It hasn’t decomposed and won’t be so for the next several hundred years. The best way to reduce plastic pollution is to reduce your own usage of the product by opting for bio-friendly options.

It’s a reminder of cleanliness

Cleanliness is one of the major factors that can allow us to lead a healthy life. Science has been proving this hard fact for centuries. Thus, it is important to practice cleanliness in all areas of life for us to fully enjoy Mother Nature’s sources.

It’s a celebration of beautiful beaches and coastlines

Ask yourself the following question: Would you willingly take yourself and your loved ones for a day out at the beach even though it wasn’t clean? Most likely not because you will be afraid of the dangers a dirty environment would bring. Now let’s keep our selfish motives aside and focus on those creatures who would have no choice but to continue living amongst trash. Think about them and work to make your beaches clean, safe, and beautiful again.

It’s a reminder of responsible living

Every action has a reaction. What we do today will impact our tomorrow. Therefore, be careful about throwing away your trash. Choose environmentally friendly products. These minor changes in your life may seem inconsequential when looking at the big picture, but trust us, even if one of us decides to take the first step, it’s going to have a positive outcome sooner or later. 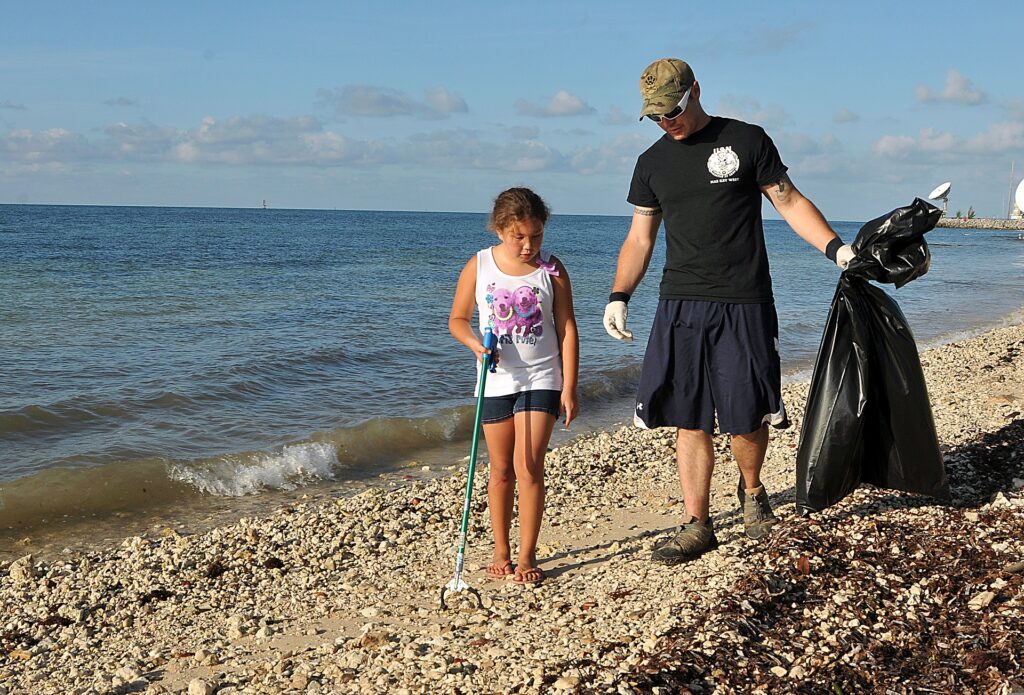