Oh, to have been given such a chance when we were twenty-one years old. Rome Kirby, of Newport, has been added as the final crewmember, along with New Zealander Kelvin Harrap, for PUMA’s entry in the 39,000-mile Volvo Ocean Race. Kirby’s father, Jerry, has competed in six America’s Cup regattas and three Volvo Ocean Races (including the last one, aboard PUMA’s Il Mostro), but the younger Kirby has plenty of sailing credentials of his own, having started racing at age three and continuing through the junior circuit and then both onshore and offshore. “The decisions we make now are the ones that will create success or failure in this race, and having this team of veterans involved early certainly increases our chances to make proper decisions,” said Read, also of Newport. “Not only do we have a team that can sail a boat fast, but we have a team that understands what it takes to compete in a race like the Volvo. Great attitudes, great skills, which hopefully leads to good things down the road.”

To read more about the Volvo Ocean Race, click here. 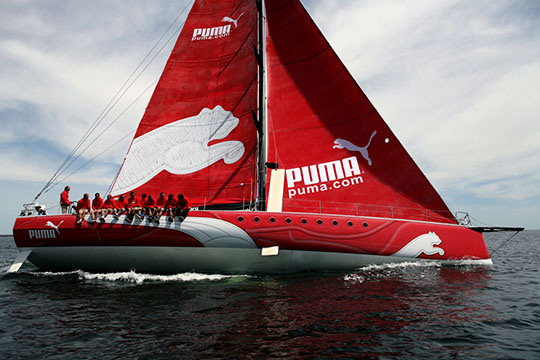