The 2011 Atlantic hurricane season officially ended Wednesday, having produced a total of nineteen tropical storms of which seven became hurricanes, including three major hurricanes. This level of activity matched NOAA’s predictions and continues the trend of active hurricane seasons that began in 1995.

The nineteen tropical storms represent the third-highest total (tied with 1887, 1995, and 2010) since records began in 1851 and is well above the average of eleven. However, the number of hurricanes and major hurricanes is only slightly above the average of six and two, respectively. This year’s totals include a post-storm upgrade of Tropical Storm Nate to hurricane status, and the addition of a short-lived, unnamed tropical storm that formed in early September between Bermuda and Nova Scotia. This unnamed storm, along with several other weak, short-lived named storms, could have gone undetected without modern satellite technology.

Irene was the lone hurricane to hit the United States in 2011, and the first one to do so since Ike struck southeast Texas in 2008. Irene was also the most significant tropical cyclone to strike the Northeast since Hurricane Bob in 1991.

“Irene broke the ‘hurricane amnesia’ that can develop when so much time lapses between landfalling storms,” said Jack Hayes, Ph.D., director of NOAA’s National Weather Service. “This season is a reminder that storms can hit any part of our coast and that all regions need to be prepared each and every season.”

As far as landfalling major hurricanes (Category 3, 4 or 5 with top winds of 111mph and greater) are concerned, the lull continues. 2011 marks a record six straight years without one hitting the United States. The last one to do so was Wilma in 2005. Nonetheless, wind is not the only threat with tropical systems as proven by Irene and Lee, which caused deadly and destructive flooding. On average, more than half of the fatalities related to tropical systems are due to flooding.

“Although the 2011 hurricane season has ended, our need to prepare for disasters hasn’t,” said Craig Fugate, administrator of the Federal Emergency Management Agency. “Being prepared for all kinds of hazards, from hurricanes to blizzards to tornadoes, is a year-round activity. We encourage all members of the team, especially the public, to continue to prepare for emergencies by staying informed of forecasted weather events, making an emergency plan, and building your emergency preparedness kit. Visit Ready.gov to learn more.”

NOAA will issue its initial outlook for the 2012 hurricane season in May just prior to the official start of the season on June 1. 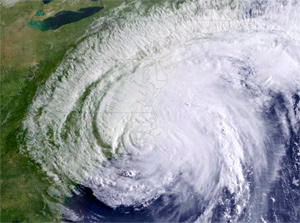