Etchells World Champion Bill Hardesty (San Diego, CA) and ISAF (International Sailing Federation) Sailing World Champion Anna Tunnicliffe (Plantation, FL) have been named as US Sailing’s 2011 Rolex Yachtsman and Yachtswoman of the Year. A shortlist of eight male and seven female sailors – determined from nominations submitted by members of US Sailing – was evaluated by a panel of sailing journalists who selected these two sailors for the noteworthy distinction. The winners will be honored on February 22, 2012, during a luncheon at the St. Francis Yacht Club in San Francisco, when they will be presented with specially-engraved Rolex timepieces.

Established in 1961 by US Sailing and sponsored by Rolex Watch, U.S.A. since 1980, the annual presentation of US Sailing’s Rolex Yachtsman and Yachtswoman of the Year awards are considered the sport’s ultimate recognition of an individual’s outstanding on-the-water achievements for the calendar year. Over its history the coveted award has been presented to 40 men and 32 women.

2011 Rolex Yachtsman of the Year: Bill Hardesty (San Diego, CA). First shortlisted for the award in 2008 – when he won the Etchells World Championship – Hardesty reclaimed that class’ top title in 2011 after a dominating performance in an 81-strong fleet. He had several other class wins, including the Etchells Midwinters West Championship, and transitioned from skipper to tactician and translated his skills into wins in a number of additional classes which led the selection panel to commend the diversity of his achievements during the year. Hardesty’s notable performances as tactician included winning the 47th Congressional Cup in Catalina 37s and the CMRC Grade 2 Invitational in Tom 28s, along with top finishes at the Rolex Big Boat Series in Express 37s (second) and the Farr 40 World Championships (fourth).

Hardesty graduated from the U.S. Merchant Marine Academy in 1998, the same year he received College Sailor of the Year honors from the Inter-Collegiate Sailing Association. A native of Council Bluffs, Iowa, Hardesty grew up sailing in San Diego and learned to sail with his father on Hobie beach cats prior to joining the junior sailing program at Mission Bay Yacht Club and subsequently San Diego Yacht Club.

After college graduation and a brief Laser campaign for the Olympics, Hardesty worked for a power plant in Los Angeles and then a solar tube company in San Diego. Now a professional sailor, he spends more than half the year living aboard a Wauquiez Hood 38 on which he is currently cruising Central America.

2011 Rolex Yachtswoman of the Year: ISAF (International Sailing Federation) Sailing World Champion Anna Tunnicliffe (Plantation, FL). Shortlisted for the honor for the seventh consecutive year, she is the first woman in the award’s history to earn it in four consecutive years. A member of the selection panel noted her level of dedication to the sport, while another remarked that she is a tremendous ambassador for sailing. She joins the rare company of four-time winners JJ Fetter Isler (1986, ‘91, ’97, ’00) and Ted Turner (1970, ’73, ’77, ’79). Only five-time award winner Betsy Alison (1981, ’82, ’84, ’93 and ‘98) has eclipsed them.

Tunnicliffe, the 2008 Laser Radial Olympic Gold Medalist, committed to a match racing campaign in the Elliott 6m two years ago with a goal of again representing the U.S.A. at the Olympic Games. During 2011 she skippered Team Maclaren to podium finishes in three ISAF Sailing World Cup events: US Sailing’s Rolex Miami OCR in Florida (silver); Trofeo SAR Princesa Sofia MAPFRE in Spain (bronze); and Skandia Sail For Gold in Weymouth, England, venue of the 2012 Olympic Regatta (gold). The year culminated with a win of the ISAF Sailing World Championship that also qualified the U.S.A. a berth in the Elliott 6m event at the 2012 Olympic Games.

The 29-year-old Tunnicliffe, a native of England, grew up in Perrysburg, Ohio, sailing from the North Cape Yacht Club in Michigan. She attended Old Dominion University (Norfolk, Va.), where she earned ICSA All-American honors three times (2003, ’04, ’05), and was named the 2005 Quantum Female College Sailor of the Year. A member of US Sailing Team AlphaGraphics, Tunnicliffe currently holds the number one ranking for women on the ISAF World Match Race Rankings.

For additional racing results for each winner, click here.

About US Sailing
The United States Sailing Association (US Sailing), the national governing body for sailing, provides leadership, integrity, and growth for the sport in the United States. Founded in 1897 and headquartered in Portsmouth, Rhode Island, US Sailing is a 501(c) (3) non-profit organization. US Sailing offers training and education programs for instructors and race officials, supports a wide range of sailing organizations and communities, issues offshore rating certificates, and provides administration and oversight of competitive sailing across the country, including National Championships and the US Sailing Team AlphaGraphics. For more information, click here. 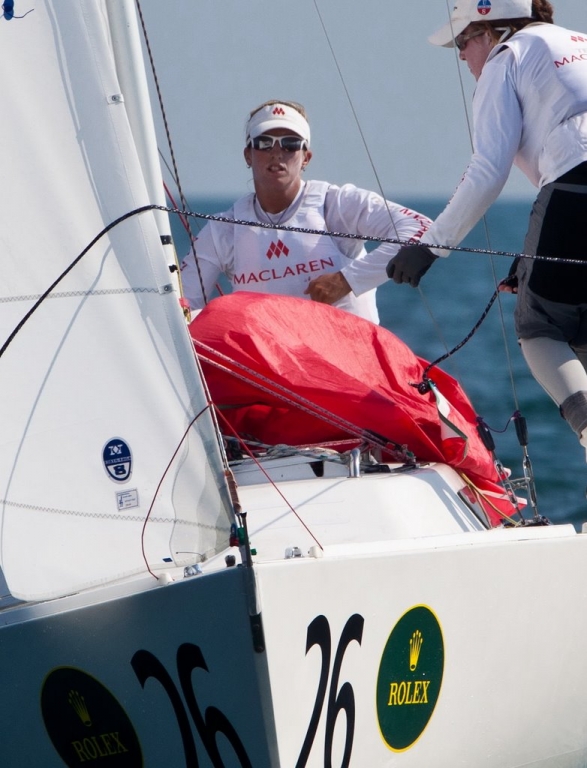 Photos of 2011 Rolex Yachtsman, Yachtswoman of the Year Announced 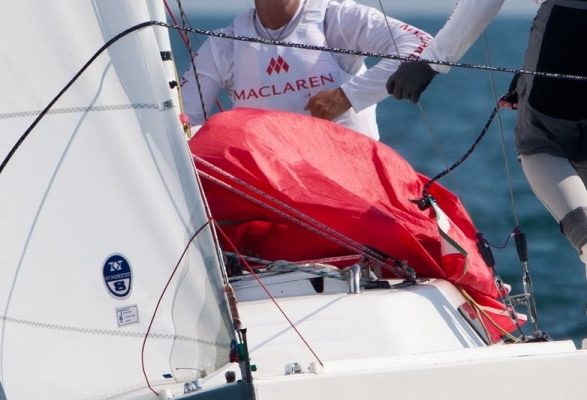