We’ve all seen the fire danger warnings recently and heard the discussions about conditions being as dry as they are in the height of summer. But on an island on Penobscot Bay last weekend, the danger proved very real indeed, as a wildfire burned a significant portion of Lasell Island, just a few miles off Camden.

According to the Maine Forest Service, the island had burned about three acres on the island, fueled by the tinder-dry conditions and the tremendous amount of trees and limbs that had been blown down on the island. Two buildings on the island were threatened, but by Sunday night crews had brought the fire under control.

Maine Island Living, a great new site operating out of North Haven, had the best vantage point for the fire and captured some excellent photographs. For their report on the fire, including some dramatic photographs, click here. 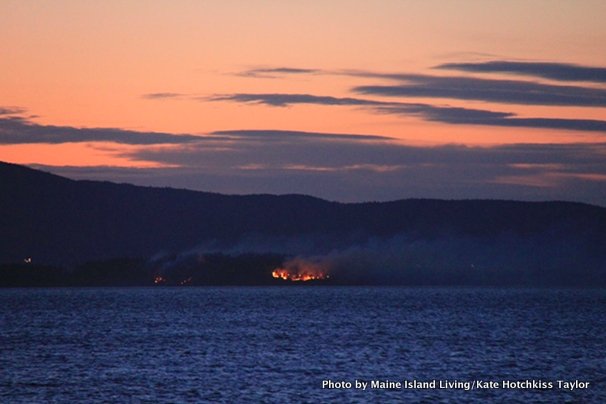 Flames on the north side of Lassell Island are visible from North Haven on April 14.

Photos of Even on Islands, Fire Danger Proves Real 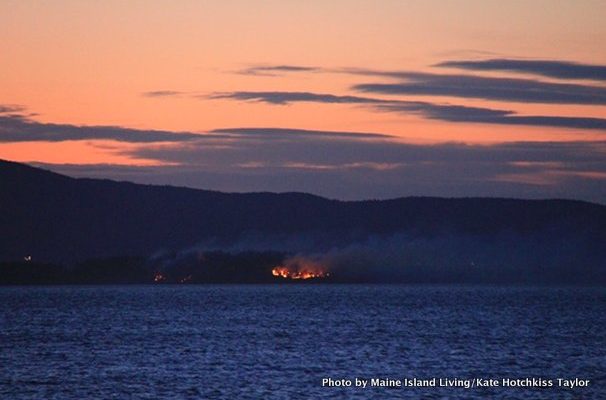 Flames on the north side of Lassell Island are visible from North Haven on April 14.