The Latest Launch from a Maine Workboat Builder

Designed by Bruce Washburn, Athena is a versatile, state-of-the art, azimuthing stern-drive tug. For power there are twin Caterpillar 3516B marine diesels that together deliver over 5,000 horsepower. The tug features a forward escort winch and a stern wire winch for conventional towing operations. Athena will be commissioned in Port Everglades in May.

Washburn & Doughty, of East Boothbay, is well underway with the construction of a second 93-footer for Seabulk Towing. Apollo is scheduled for delivery late this summer. 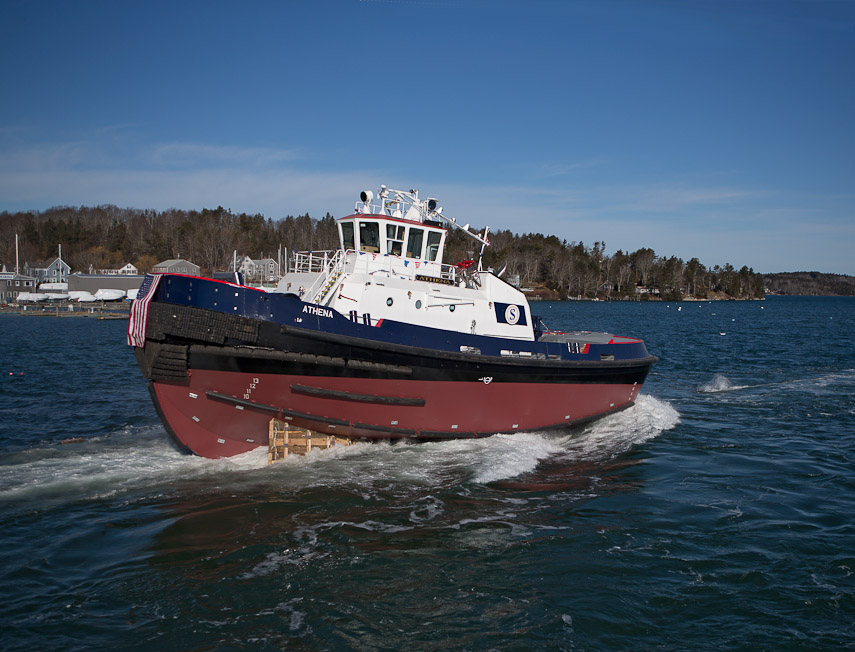 Photos of The Latest Launch from a Maine Workboat Builder 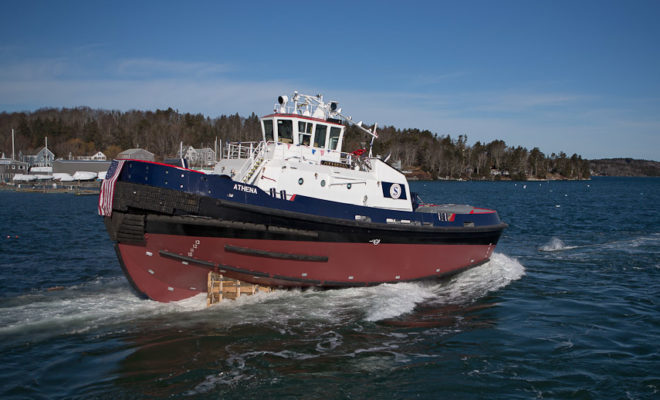