Chesapeake Light Craft will present its 15th annual small boat rendezvous on Friday and Saturday, May 17-18, 2013.

“Okoume” is the plantation-grown African hardwood used in tens of thousands of CLC’s build-your-own-boat kits. OkoumeFest features an open house with technical seminars on Friday at the CLC plant in Annapolis, and an on-the-water rendezvous on Saturday at Matapeake State Park on Kent Island.

This year’s OkoumeFest also will serve as a springboard for the first-annual OkoumeFest Ultra Marathon Challenge. This is a 65-mile adventure race encircling Kent Island, Eastern Neck Island, and Wye Island, and is being produced by WaterTribe.com, known for similar challenges in Florida and North Carolina. The race is limited to human- or sail-powered boats that can be launched solo from above the high tide mark. The Ultra Marathon begins Sunday morning, May 19, on the beach at Matapeake and competitors must finish on the same beach by Tuesday at noon.

More than 300 people attended last year’s OkoumeFest, not only to attend boatbuilding seminars or have a test run in one of CLC’s 55 demonstrator boats, but also to show off boats they had built themselves. CLC offers awards to amateur-built boats, many of which took hundreds of hours to build and look like exotic furniture. The event draws small boat aficionados from as far away as New England, Florida, and the west coast.

For a look at last year’s OkoumeFest and a glimpse of things to come this year, visit http://www.clcboats.com/festival?utm_source=USHarbors&utm_medium=Referra… 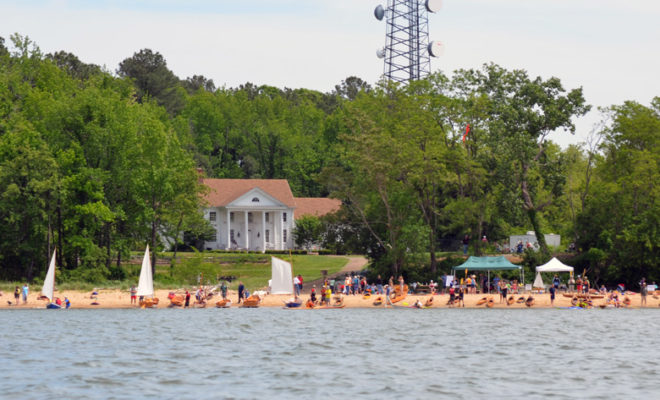