Team Alvimedica, with American skipper Charlie Enright of Bristol, Rhode Island, at the helm, sailed into Newport Harbor on June 9 following a challenging ten-day crossing of the Atlantic. A flotilla of local vessels welcomed the Volvo Ocean Race team at the Castle Hill Light entrance to Newport Harbor. The fleet blasted horns of welcome and guided Team Alvimedica to the pontoon at Newport Shipyard where family, friends, and local supporters gathered at dusk to cheer on the hometown team.

The young team is preparing for its first Volvo Ocean Race and this test session is critical to Team Alvimedica’s readiness for the toughest and longest around-the-world race and adventure that starts in October. The team will continue its training and crew selection process this month in Newport.

“It’s everything I could have hoped it to be on a rainy night, it was really nice for every one to come out,” Enright said of the welcome. “After ten days on the open ocean, coming into Newport is an amazing thing.”

The team’s ocean crossing was an important milestone for the team. “It was a big step for Team Alvimedica,” Enright said. “We had good weather all the way across. We’re excited about what we achieved and what’s to come. We’re here doing some more training before we head back across the Atlantic in July.”

Enright, 29, and Mark Towill, 25, of Kaneohe, Hawaii, and the rest of the crew replicated “race mode” on board throughout the transatlantic as they tested the crew and immersed themselves in ocean racing techniques and high-speed maneuvers throughout the fast-paced 3,000-mile leg to Newport.

Americans trying out for a spot on the crew are Rhode Islanders Nick Dana of Newport, Jesse Fielding of North Kingstown, and George Peet of Grosse Pointe, Michigan. Amory Ross of Newport was on board to document the journey in words and images.

The Rhode Island crew felt lucky to finish the ocean leg at home. “It was a great ten days, we had some really great sailing conditions and the team really came together,” said Jesse Fielding. “We had a great mentor with us, Stu Bannatyne, who helped us improve. But at the end of the day, to furl that sail at Fort Adams and come home to Newport is the greatest feeling.”

International crew on board for the transatlantic leg included: Berkcan Arat of Istanbul, Turkey; Alberto Bolzan of Trieste, Italy; Ryan Houston of Auckland, New Zealand; Will Oxley of South Townsville, Australia; and David Swete of Southampton, United Kingdom. Volvo Ocean Race veteran Stu Bannatyne of Auckland, New Zealand, sailed as the crew’s mentor in part of an ongoing program to prepare the young crew to be race-ready in October.

Team Alvimedica is the youngest entry in the Volvo Ocean Race 2014-2015, the world’s toughest and longest sporting event. The crew is led by American skipper Charlie Enright. Alvimedica, the European-based medical devices company, is the team’s owner. Founded in 2007, Alvimedica is a fast-growing challenger in the global field of interventional cardiology, committed to developing minimally invasive technologies. This is the team’s first entry in the extremely challenging 38,000-mile race that starts October 4, 2014, from Alicante, Spain, and features stopovers in 11 ports around the world. 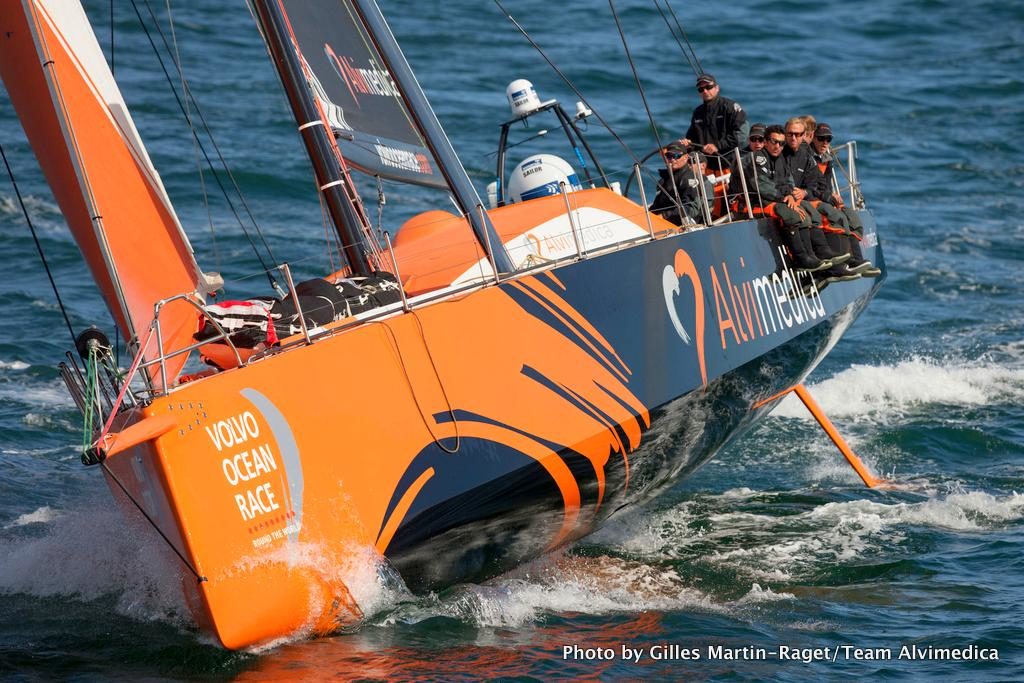 Photos of Hometown Team Arrives in Newport After Transatlantic 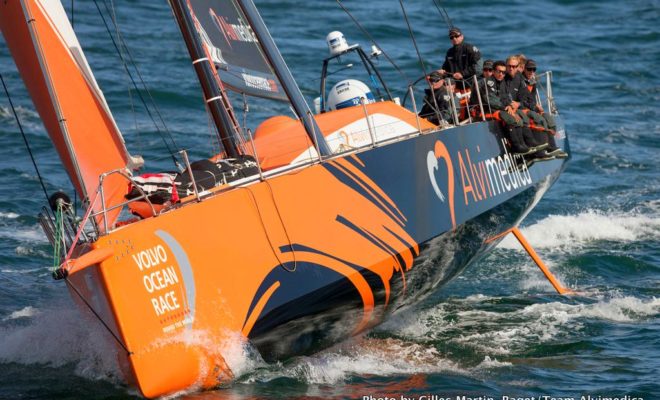 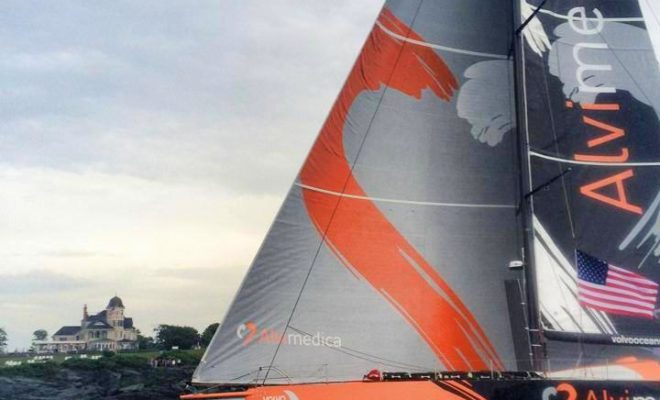 Arriving in their homeport was a special moment for the Team Alvimedica crew. 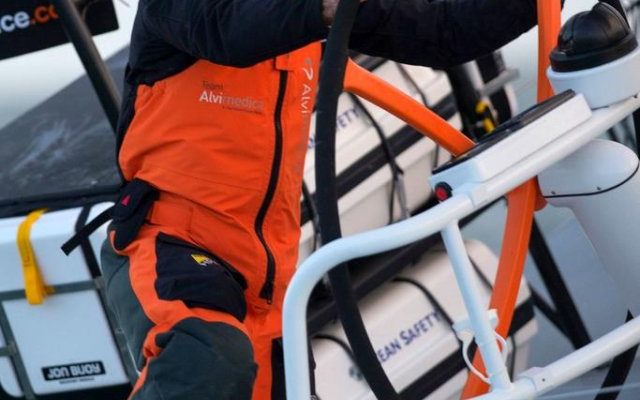 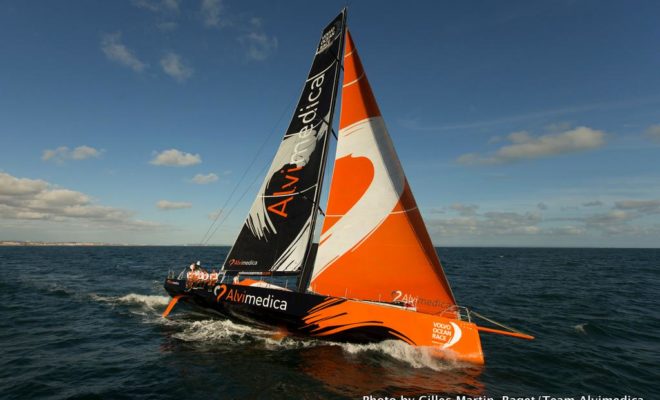 Team Alvimedica is the youngest entry in the Volvo Ocean Race 2014-15, which will have a stopover in Newport in May 2015.