Sabre Yachts began building 28-foot sailboats in 1970. Over the past forty-plus years, Sabre followers have watched as the size of the yachts we offer has shifted with the times; and Sabre owners have enjoyed each new model and always asked for more.

To date the largest Sabre motor yacht offering has been the 54 Salon Express and Fly Bridge, the first of which made its debut at the 2014 Miami Yacht and Brokerage show. But owners of these designs have already asked about the next step! Always wanting to accommodate those who love Sabre yachts, the Sabre 66 is coming….

On July 2, the two halves of the Sabre 66 mold arrived at our facility in Rockland and began being prepared for the infusion of the first hull part. The dream is becoming a reality!

The new yacht is proudly being built in our Rockland facilities and is designed by Sabre’s in-house team led by Kevin Burns, who has been busy with this project for some time, developing hull shapes, deck styling and, of course, mechanical and interior layouts. The 66 will be equipped with Volvo Penta IPS1200 pod drives and will cruise in the mid 20-knot range. Her displacement will be 80,000 pounds and her interior will feature a full-beam master stateroom below her helm deck. Social connectivity of the cockpit and interior spaces is the key to this open and airy layout.

Stay tuned as the Sabre 66 moves from CAD drawings to molds to reality! 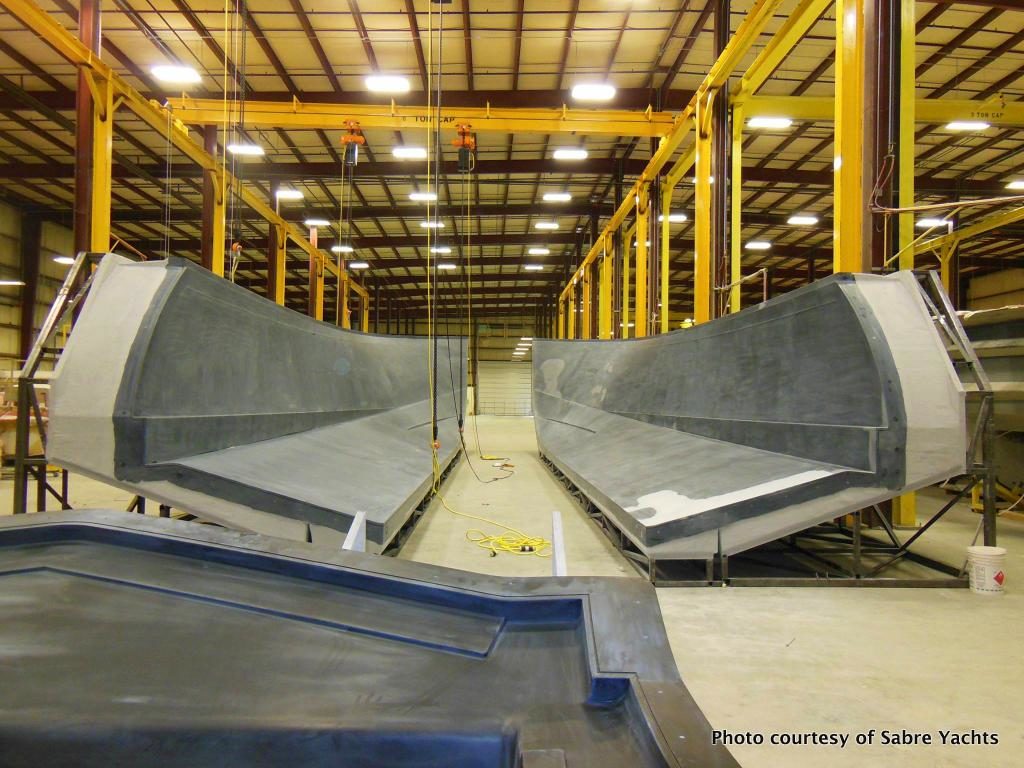 The two massive hull mold pieces that will be the basis of the Sabre 66 show the size of this new yacht.

Photos of Construction of Largest Sabre Yacht Begins in Rockland 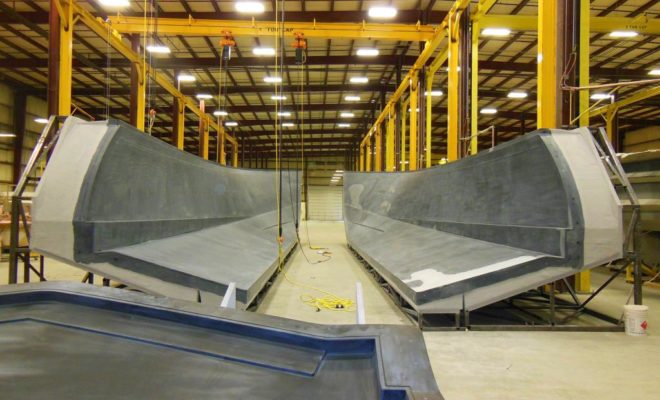 The two massive hull mold pieces that will be the basis of the Sabre 66 show the size of this new yacht. 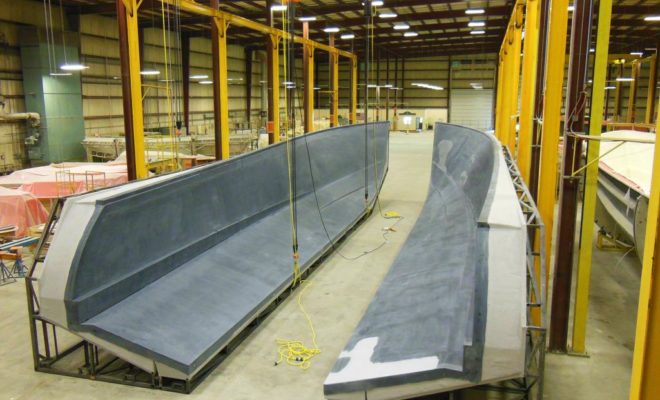 Within the cavernous Back Cove Yachts facility in Rockland it's difficult to appreciate the size of these molds. 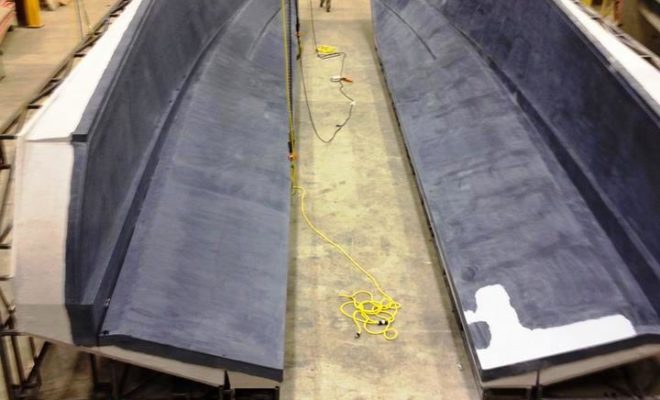 This really shows the scale and the massive size of the hull molds for the Sabre 66. 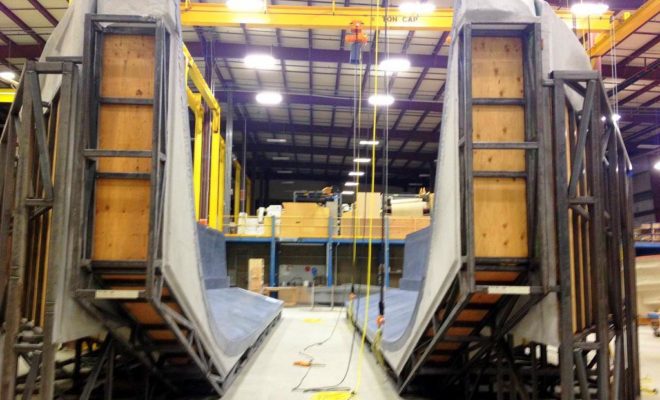 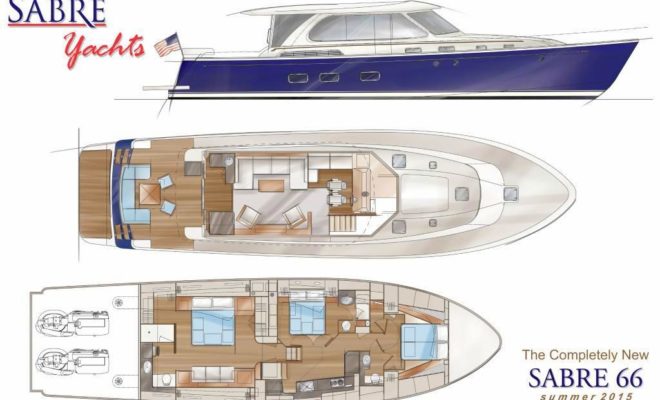