Why is boating full of drama?

If you have a boat of any size, you know what I’m talking about.
You’re Living the Dream, the wind is in your hair as you bask in the shimmering sun dancing on the waves, the smell of sea air fills your nostrils, and suddenly, the sh*t hits the fan and you’re immersed in a high stress drama.
Most often it occurs during departures and landings, but even the smallest thing can blow up in a flash.
As I look back on most of my high stress breakdowns, I find that they are generally rooted in one of the following situations:

We have quite a few guests with boats on lakes. By the way, I truly enjoyed being a guest on their boats because I’m never expected to do anything — they can handle the boat all be themselves.
This was not the case with the 22,000 pound TENACITY, or today with the 28.000 VIGILANT, or  virtually any boat with a tall superstructure in a 20 knot blow on Buzzards Bay.
When someone tosses a line to a dockhand without cleating it off first or jumps to the dock and stands there holding the line rather than quickly tying it to a cleat, they leave me in a real bind. I need at least one line cleated off before I back down the engine and pull us in tight to the dock.
If either end of line is not in a cleat, not only can I not finish the landing, but now I have to shift my attention to the deckhand holding line because he may be in danger. In addition, I have to watch out for the un-cleated line going into one of the thrusters or getting tangled in the prop.
Imitation is the Highest Form of Flattery: Virtually every guest we have is a dear friend who is anxious to help. They almost always ask what they can do to help and 99% of the time I say “Nothing, just sit back and relax.”
I don’t say this because I love work, but rather I know there are an infinite number of nuances involved in operating this complex piece of equipment that I just can’t teach. I also know how badly they’d feel if they did something wrong or damaged something.
That said, as my friends sit and watch, they see Mrs. Horne and I perform seemingly simple tasks and in an interest to be helpful, they eventually jump up and take them on.
Beyond the risk doing something wrong, this also tends to increase the odds that I’ll miss something on my departure checklist and have to drive back to the boatyard, take the launch back to the boat, and finish up what I missed.

Telling the Deckhands Exactly What to Do:

We generally tie up at a dock and most have dockhands ready to take a line and help us tie up. Unfortunately a lot of these dockhands are inexperienced and don’t really know what’s expected of them.
We frequently see inexperienced dockhands fail to cleat off a tossed line or fail to properly cleat a line or correctly wrap it around a piling.
I understand that this can happen – dockhands tend to be an entry level summer jobs for a kid.
Although my crew has gotten much better at telling the dockhands what we need them to do, I know this sort of thing makes them uncomfortable.
My tip is to watch the first moves the dockhand makes and if they look inexperienced, assume they are and then politely tell them exactly what to do.

My final dilemma is being heard on a big boat with the engine running, thrusters grinding, and the wind howling from inside the cabin.
Invariably, we hit the point where the success of the landing is at risk and we must either take immediate action or make the dreaded aborted landing (which no one wants).
If and when this happens, I tend to raise my voice – not out of anger, but just to be heard above the din. And when I do, it sounds a lot like I’m yelling at my crew.
I am not yelling – I love my crew, I’m just trying to be heard.

After an early season mishap on Tenacity in 2015, I decided to be proactive about informing my dear deckhands what was expected of them. My idea was to create a “Flight Card” like the ones you find in the seat back in front of you when you fly.
Although these tend to embarrass Mrs. Horne at times, I do see a lot of friends studying them and they’re skills have gotten quite good.
Was it the card or simply the crucible of performing under fire?
I don’t know and I don’t care. All I know is that I have a great crew and I’m grateful for that.
They look professional and they’re waterproof. See the two examples here

This story is contributed by Dave Horne at My Buzzards Bay (www.mybuzzardsbay.com). Dave reports on Dock & Dine, Cruising, and the Boating Life Style for Southern New England. Please visit My Buzzards Bay for more stories like this. You can read the original article here. 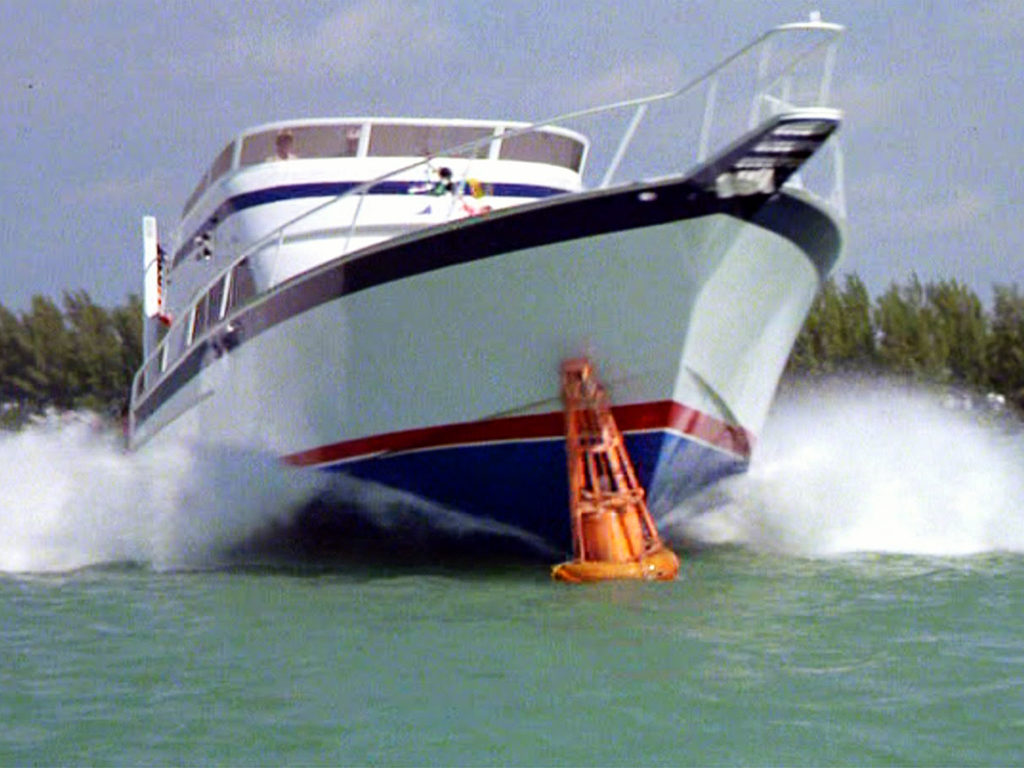 Photos of Why is boating full of drama? 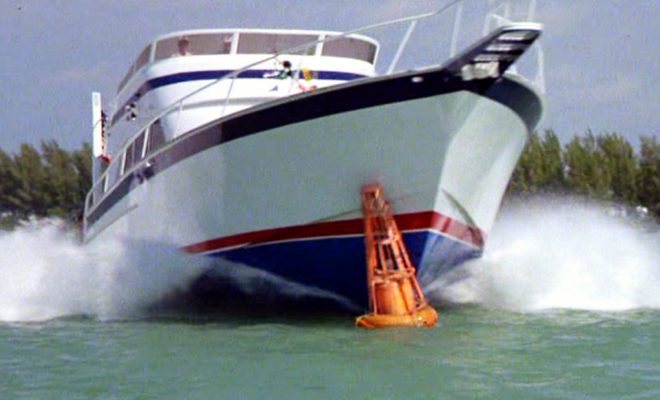