NEWPORT, R.I. (August 13, 2018) – With 51 teams registered to compete, the 2018 Ida Lewis Distance Race will create quite the spectacle of sail when it starts at 12:30 p.m. on Friday (August 17) between Fort Adams and Rose Island. Prior to the gun, Ida Lewis Yacht Club’s Race Committee will decide – based on weather forecasts and sea conditions – which of four courses will be used in this 14th edition of the yearly round-trip offshore adventure.

“The courses range from 112 to 169 nautical miles and incorporate such iconic waypoints as Castle Hill, Brenton Reef, Block Island, Montauk Point, Martha’s Vineyard and Buzzards Tower,” said Race Chairman Pat Kennedy. “They are chosen with the best intention of having the fleet finish within 18-24 hours.”

Twenty teams on the roster show as hailing from Rhode Island, with many local sailors also sprinkled in amongst the out-of-town entries from Massachusetts, Connecticut, New York, and as far away as Ohio, Florida, and Louisiana.

Newport’s own Ken Read, a Volvo Ocean Race veteran and sailing world champion several times over, will take his place aboard the TP52 Spookie, whose captain is Newport’s Ben Quatromoni. Co-skippering the boat will be Miami’s Mark Watson and owner Steve Benjamin, who splits his time between Norwalk, Conn., and Jamestown, R.I. and has skippered in the race four times. “It’s one of my favorites,” said Benjamin, who last won in 2016. “I particularly like the challenge of deciding which side to take Block Island on the leg from Vineyard Tower to Montauk.”

About his competition in the 15-boat IRC division Benjamin added: “Since the Bermuda Race, we know that both Privateer and Dreamcatcher are very fast.”

Privateer is Ron O’Hanley’s (Boston, Mass.) canting keel Cookson 50 that has made a name for itself throughout New England, and Dreamcatcher is a Swan 48 sailed by Stonington Connecticut’s Mudratz Offshore Program. The team won its class in the Newport to Bermuda Race and has joined the Ida Lewis Distance Race roster as a Youth Entry, which requires at least 40% of a crew to be within a certain age range to qualify.

“We had a great time despite the fact it was really windy,” said Young American YCC’s coach Peter Becker. “The kids loved it and have sea stories to tell about surfing right through the lee of boats significantly larger than us.” This year, Newport’s Joe Cooper will stand in as coach aboard Young American YCC while Becker sails with the Academy’s second entry Gambler, a Reichel/Pugh 63 provided by the U.S. Merchant Marine Academy Sailing Foundation. The team, entered in IRC division, is preparing for next year’s Transatlantic Race and qualifies as both a Youth and Collegiate Entry, the latter of which also has an age requirement for 40% of the crew.

Oakcliff Racing of Oyster Bay, N.Y. will send no less than three Collegiate teams on Farr 40s that the organization uses for its sailing training programs. “Offshore racing is definitely what I came to do at Oakcliff,” said 24-year-old Brian Reilly (Mahopat, N.Y.) who will skipper Oakcliff Farr 40 Black. “I heard this race is a good time and I should do it.” His friend, the 17-year-old Joe Riley (Marion, Mass.), who will skipper Oakcliff Farr 40 Red, has sailed on a winning boat three times in the Ida Lewis Distance Race. “I definitely like it,” said Riley. “It’s a one-night sprint. You hunker down, go full throttle, and there’s no slacking off.”

Newport’s Bill Kneller has skippered in the race every year since 2015 on his J/109 Vento Solare, with friends who sail with him regularly in the Tuesday night Jamestown Yacht Club race series. “We haven’t made the podium yet but are getting better each year,” he said. “Last year we were one of only 20 boats that endured the weather and finished the race.”

In the four-boat Doublehanded division, David Southwell (Chestnut Hill, Mass.) will be sailing the race for the first time in Alchemy, a J/121 that is new to him this year. His crew Stuart MacNeil has never sailed a doublehanded race before and this will only be Southwell’s second time to do so. “I’m preparing for the Bermuda One Two next year by doing shorthanded and solo races and deliveries. We’re really looking forward to this!”

Other defending champions are the father/son team of Stephen Murray Sr. and Stephen Murray Jr. (Metairie, Louisiana) aboard the Volvo 70 Warrior, the largest boat in the fleet, and Brian Cunha (Newport, R.I.) aboard the Ker 55 Irie 2.

Ida Lewis Yacht Club will host the skipper’s meeting and social on Thursday, August 16. A Sunset Awards Party at the club will celebrate the conclusion of racing on Saturday, August 18. 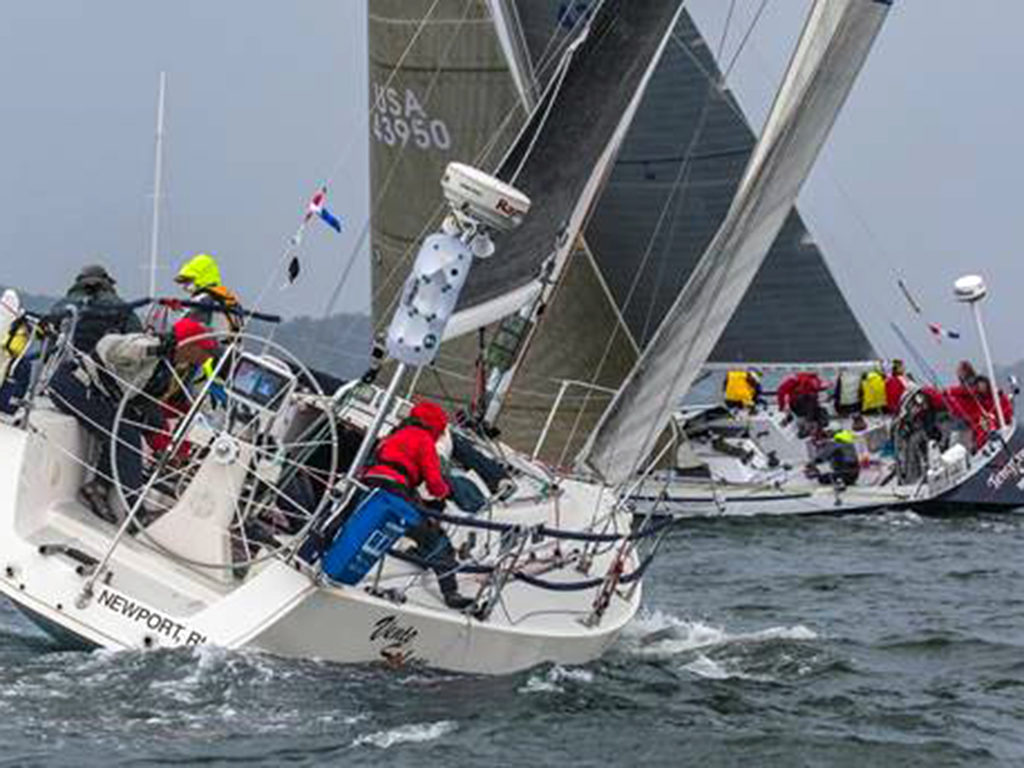 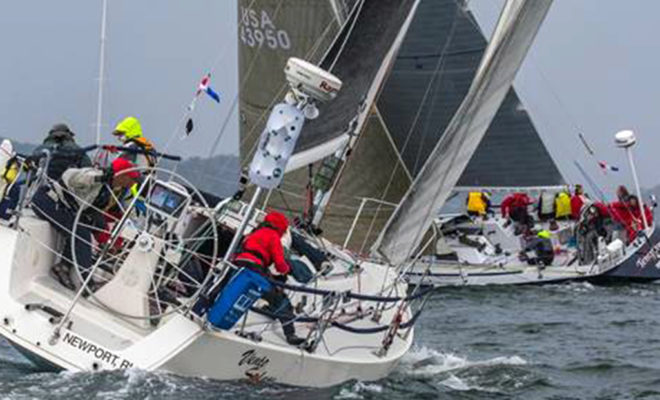