The so-called bomb cyclone that brought heavy snow, blizzard conditions and major flooding to the Midwest in March landed with a resounding meteorological “ka-boom!” and became one of two billion-dollar weather and climate disasters this year.

The other was a severe storm that struck the Northeast, Southeast and Ohio Valley in late February.

And it’s only April.

The average temperature for the contiguous U.S. during March was 40.68 degrees F (0.82 of a degree below average), ranking in the middle third of the 125-year record for the month, according to scientists at NOAA’s National Centers for Environmental Information.

The total precipitation for March for the contiguous U.S. was 2.20 inches (0.31 of an inch below average), which fell within the driest third of the 125-year period of record.

Year to date – January through March 2019

The average U.S. temperature for the year to date (January through March) was 35.03 degrees F (0.12 of a degree F below average), which landed among the middle third of the record. This was the coldest start to a year since 2014.

>Drought improved: At the end of March, about 6 percent of the contiguous U.S. was in drought, down from 12 percent at the end of February. 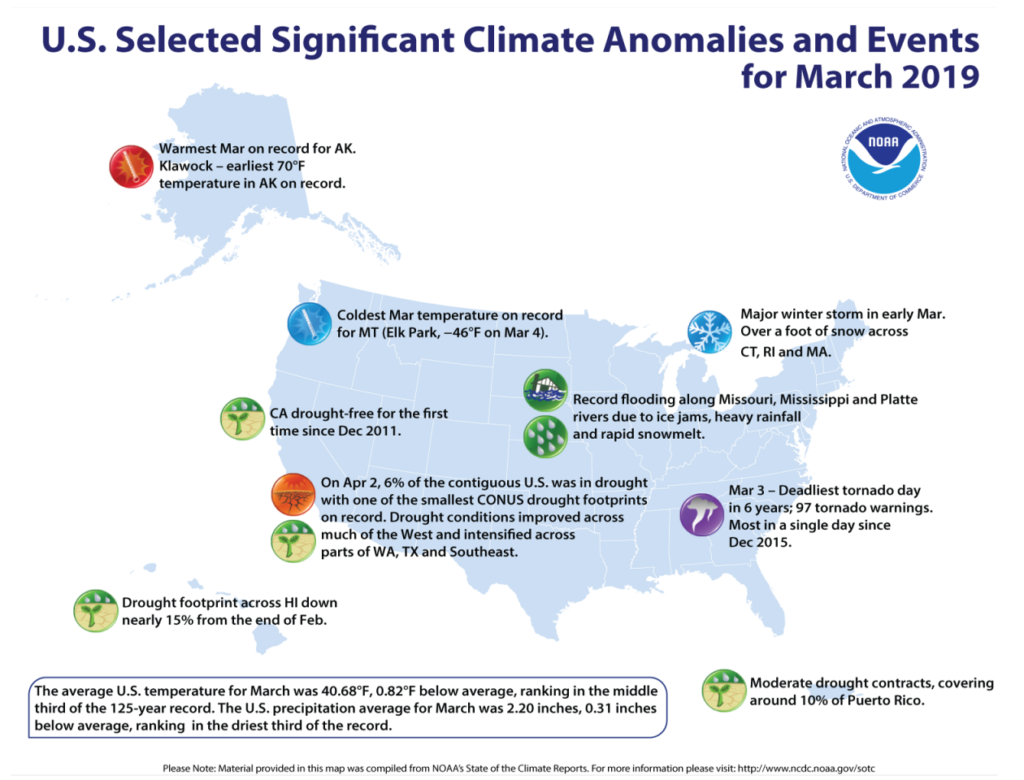 Photos of US Experienced Coldest First Quarter in Five Years 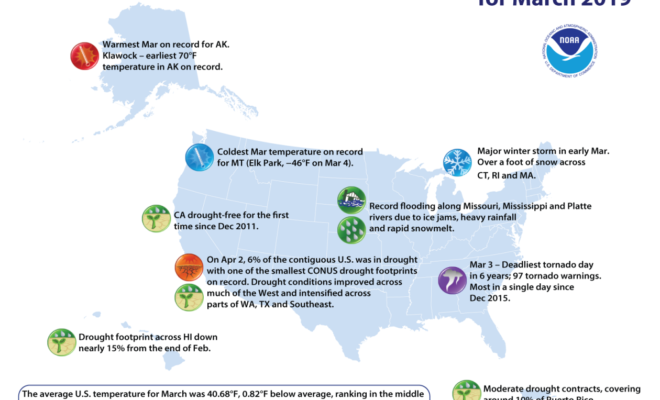