Angler Don Whittington of Bivalve reeled in the state’s first-ever record triple tail off the coast of Ocean City. The 11-pound, 25.25-inch long fish was caught Oct.19 near Baltimore Canyon in the Atlantic Ocean.

After about two hours fishing from his son’s boat for tuna and common dolphin, Whittington saw something unusual in the water.

“We knew what it was – we’ve seen small ones all summer but after I pulled that one in I was like, ‘wow,’”  Whittington said.

The triple tail can be found from the tropical waters of Florida upward to southern New England in the summer months.

“While triple tails aren’t too unusual off the coast of Maryland, the size of this one really creates a great benchmark for a new record catch,” Recreational Fishing and Outreach Coordinator Erik Zlokovitz said.

Anglers who think they have a potential record catch should download and fill out a state record application and call 443-569-1381 or 410-260-8325. The department suggests fish be immersed in ice water to preserve weight until it can be checked, confirmed, and certified. 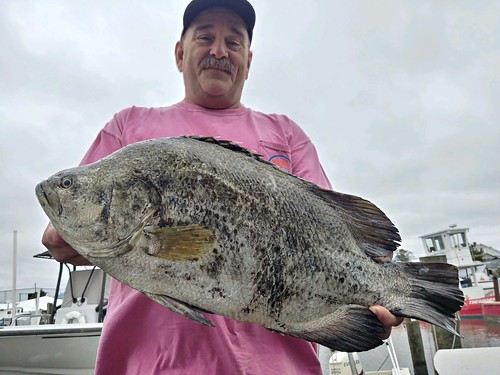