36 Year Old Message in a Bottle Found in Cape Cod

If you’re still out there, Jenny Brown, someone beachcombing at the tip of Cape Cod has found the message that you placed in a bottle more than 36 years ago.

Joshua Mendes was beachcombing in Provincetown, Massachusetts, two days before Thanksgiving this year when he came upon a Coke bottle mostly buried in sand about a mile from Race Point Ranger Station in the Cape Cod National Seashore, a national park.

“I think it’s been buried in the cliffs there, all those years,” said Mendes, a 42-year-old Provincetown resident.

In the bottle was a message dated May 14, 1983, from Jenny Brown, which identifies her as an 11-year-old, Mendes said.

It gives the address of a Jonesport post office box, and has a simple note: “Please write me.”

Mendes and his father, 73-year-old Paul Mendes of Provincetown, have had difficulty locating Brown. The family has considered writing to her, but they doubt whether the post office box is still in her name. Web searches for a Jenny Brown have also led them nowhere.

“She must have been in school back then,” Paul Mendes said of Brown. “It’s a small town, Jonesport, right?” 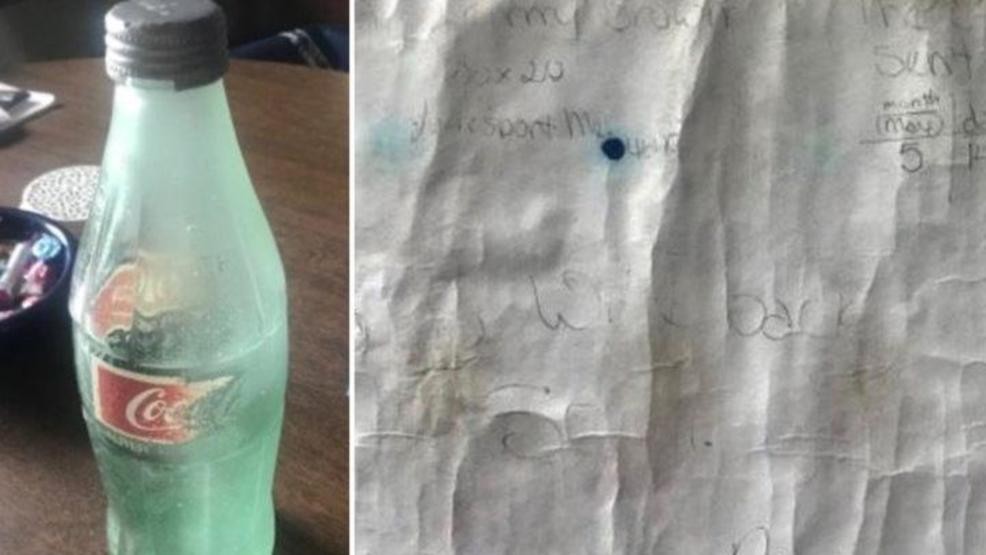