Something big is lurking in Florida waters. A massive Great White near Florida is currently swimming close to shore near Daytona Beach, a popular tourist spot in the Sunshine State. The shark has been swimming in the area for about a week now.

He was tagged by Ocearch, an ocean research organization focused on the conservation of sharks and other marine life. According to Ocearch, the shark’s name is Nova, a male Great White that measures an incredible 11 feet and six inches long. Nova weighs 1,186 pounds, over half a ton.

He is an adult and has been recorded swimming off Daytona Beach as recently as 10:11 a.m. on December 4. It appears he has been moving closer to shore. Cue the Jaws theme.

Ocearch has been tracking Nova since he was first tagged back in September of 2018 off the Canadian coast. He has since traveled south to warmer waters for the winter, now hanging around in Florida’s Atlantic coastlines.

Nova was first tagged off Nova Scotia as part of Ocearch’s North Atlantic White Shark Study, according to the group’s Instagram. He was named after Nova Scotia. 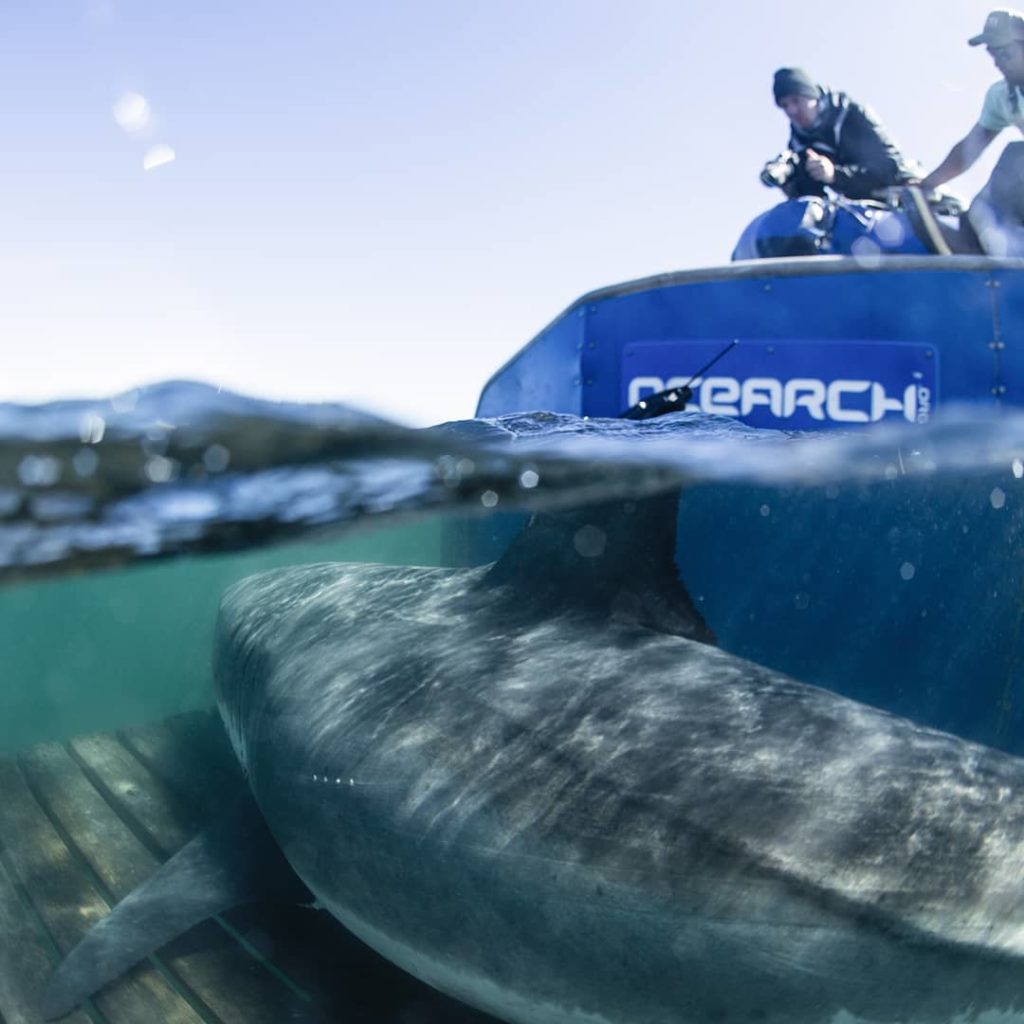