FLORENCE, Ore. – Forecasters warn of potentially dangerous conditions on the Oregon Coast for the final two days of 2019 and the start of the new year.

“The combination of sneaker waves and high surf conditions will create dangerous conditions along all Southern Oregon beaches during the holiday period from New Years Eve through New Years Day into early Thursday,” forecasters said.

The National Weather Service issued a Beach Hazards Statement for the central and north Oregon Coast.

“Sneaker waves possible,” forecasters said. “Sneaker waves run up significantly farther on a beach than normal, including over rocks and jetties. They can suddenly knock people off of their feet and quickly pull them into the frigid ocean, which may lead to serious injury or drowning.”

“Keep children and pets away from the surf zone. Keep off of jetties, rocks and logs near the surf zone. If you see someone swept into the sea do not swim in after them. Call 911 and keep an eye on them until help arrives,” forecasters advised. “Stay away from large logs on the beach. Sneaker waves can run up on the beach lifting or rolling these extremely heavy logs. People have been injured after being caught under these logs from sneaker wave action.” 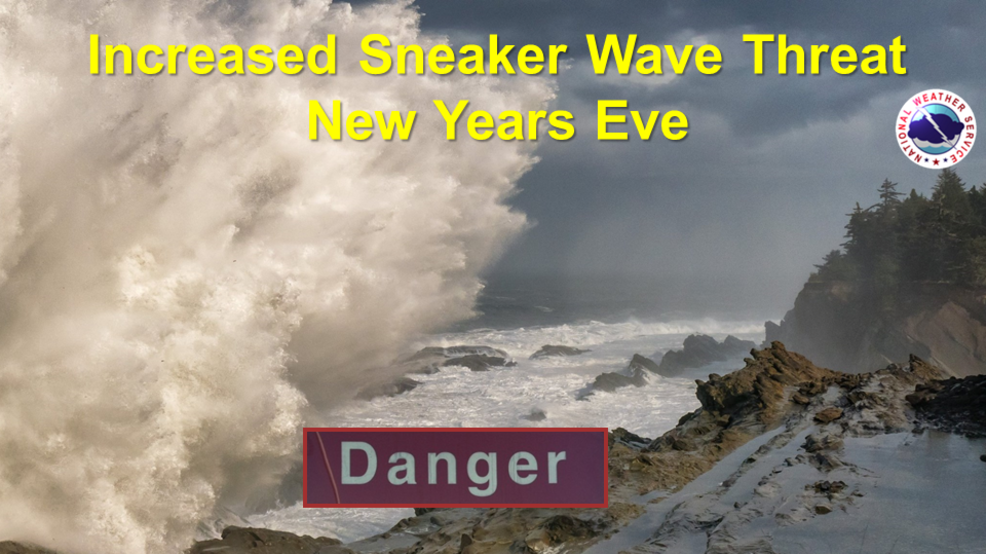