OREGON COAST — A die-off of several hundred gray whales last year might, in fact, represent a promising future for the creatures, according to an expert in marine mammals.

According to NOAA Fisheries, there were 215 gray whale strandings on the Pacific coasts of the United States, Canada and Mexico during 2019, which the administration classified as an unusual mortality event, defined as “a stranding that is unexpected, involves a significant die-off of any marine mammal population and demands immediate response.” A previous gray whale mortality event in 1999 saw an even higher number of strandings.

Bruce Mate has researched marine mammals for more than 50 years and is the former director and endowed chair of the Marine Mammal Institute at Oregon State University.

He said the gray whale population had been reduced to between 1,000 and 2,000 animals by 1900 due to commercial whaling. The 20th century brought protections against over-exploitation of whales, first through the League of Nations and, later, by the International Convention for the Regulation of Whaling. The United States also protected them though the Marine Mammal Protection Act of 1972 and the Endangered Species Act of 1973, all of which helped reduce risks for the population. 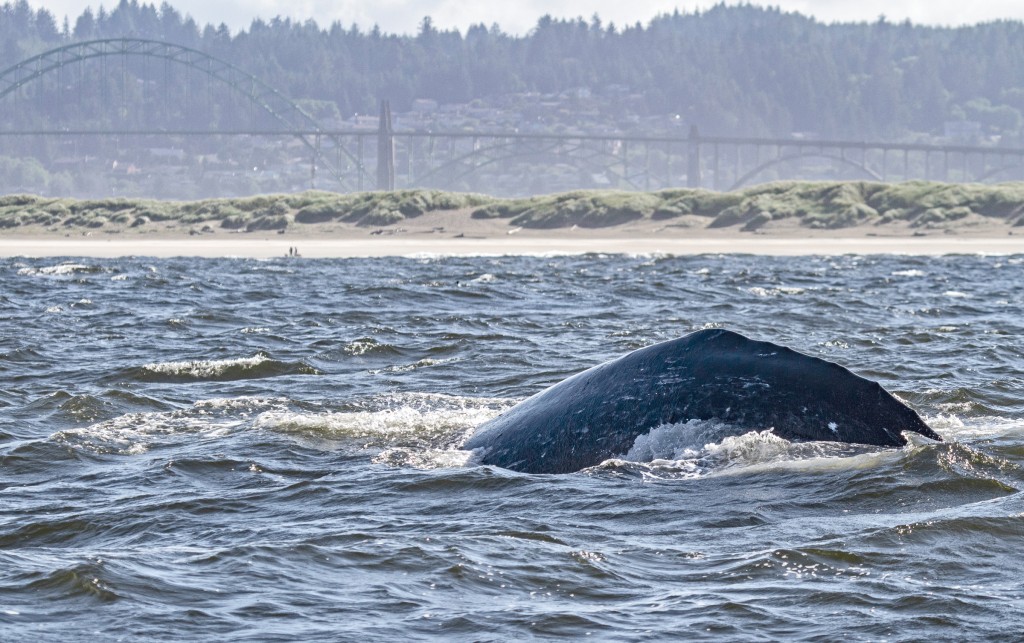 A gray whale emerges from the ocean west of Newport’s Yaquina Bay Bridge. Bruce Mate, a marine mammal expert, thinks whale strandings last year could be a sign the species has rebounded. (Photos by Craig Hayslip, Marine Mammal Institute Oregon State University) whale takes a look at the world above, its left eye showing just above the water’s surface.