The increase in high-tide flooding along the Atlantic and Gulf Coasts since 2000 has been “extraordinary,” the National Oceanic and Atmospheric Administration reported, with the frequency of flooding in some cities growing fivefold during that time. That shift is damaging homes, imperiling the safety of drinking water, inundating roads and otherwise hurting coastal communities, the agency said.

“Conditions are changing, and not just in a few locations,” Nicole LeBoeuf, acting assistant administrator for NOAA’s National Ocean Service, which compiled the report, said during a call with reporters. “Damaging floods that decades ago happened only during a storm now happen more regularly, even without severe weather.”

NOAA defines high-tide flooding, also called sunny-day or nuisance flooding, as water rising more than half a meter, or about 20 inches, above the normal daily high-tide mark. The frequency of that flooding has increased because of rising sea levels, which were roughly 13 inches higher nationally last year than in 1920, the agency reported. 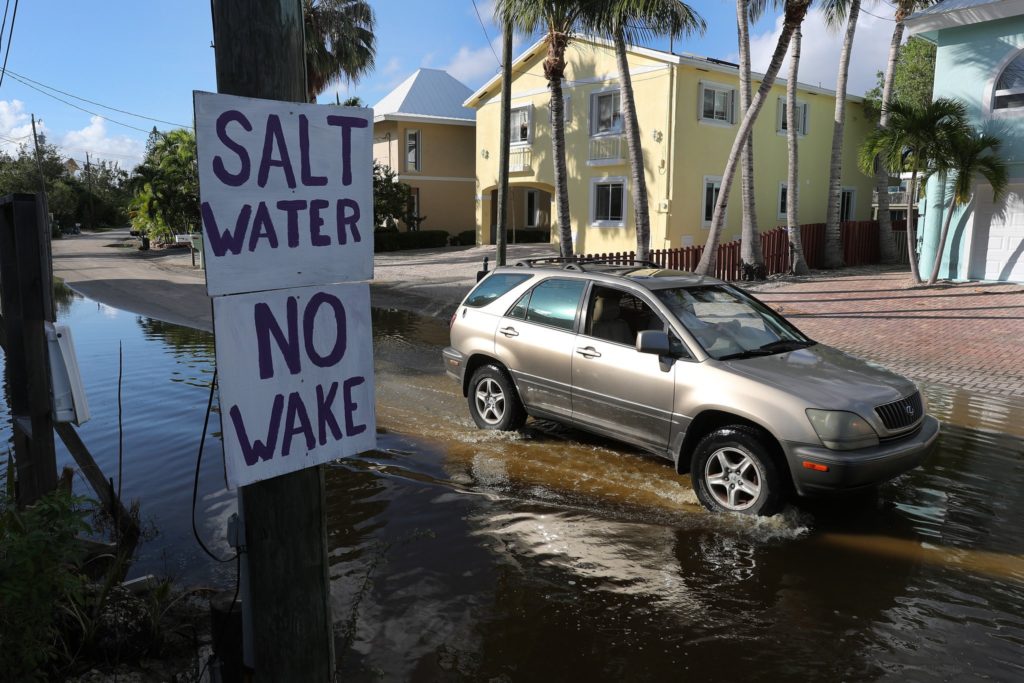