Tropical Storm Hanna Forms in the Gulf of Mexico

The system, which formed in the Gulf of Mexico as Tropical Depression Eight on Wednesday night, strengthened into a tropical storm late Thursday. It is the earliest H-named storm in an Atlantic basin hurricane season.
The storm has sustained winds of 40 mph, with gusts of 50 mph, according to CNN meteorologist Robert Shackelford.
Hanna is expected to strengthen slightly before making landfall in Texas Saturday afternoon or evening. A tropical storm warning is in effect from Port Mansfield to the mouth of the Rio Grande.
Flooding rainfall will likely be the greatest threat from from the storm system, with 3 to 6 inches expected and isolated amounts up to 10 inches. Beyond tropical storm-force winds, rainfall will be a massive concern, from Louisiana to southern Texas.
A tropical storm warning means that tropical storm conditions are expected somewhere within the warning area in the next 36 hours.
A tropical storm watch is in effect for San Luis Pass to High Island, Texas. A tropical storm watch means that tropical storm conditions are possible within the watch area, generally within 48 hours.
READ MORE at cnn.com 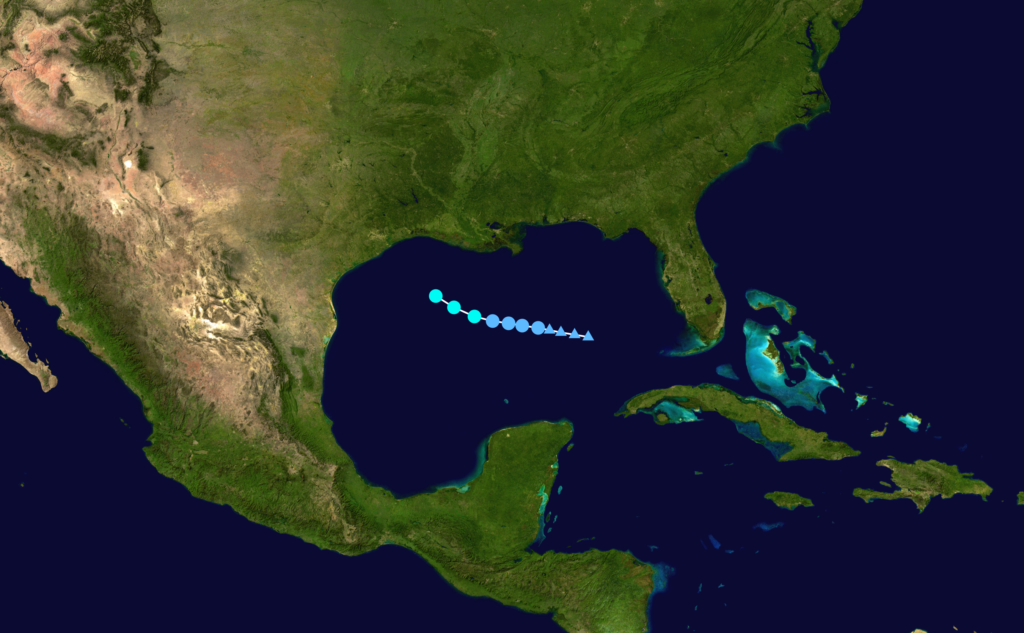 Image created by FleurDeOdile using WikiProject Tropical cyclones/Tracks. The background image is from NASA. Tracking data is from from the National Hurricane Center.