TAUNTON RIVER, Mass. (AP) — A long way from its home in Asia, a rare Steller’s sea eagle was spotted by 200 bird watchers around Taunton River, Massachusetts on Monday.

The eagle is reportedly the same one that went off course a year ago and has been spotted in Alaska and Canada by bird watchers across North America, The Boston Globe reported on Tuesday.

Flocks of bird watchers in the Northeast said they traveled hours to the river to catch a glimpse of the eagle in what they said was once-in-a-lifetime opportunity for the birding community.

Steller’s sea eagles, native to Russia, China, Korea and Japan, have wingspans of up to 8 feet (2.4 meters) and weigh between 13 to 20 pounds (6 to 9 kilograms). The International Union for Conservation of Nature also has listed as the eagles as vulnerable species, estimating a total population of about 4,000.

“We’ve never had one here in this area of the world: the Northeast coast of North America or Massachusetts,” said Andrew Vitz, the state’s ornithologist. “This is like the bird of the decade for people around here.” 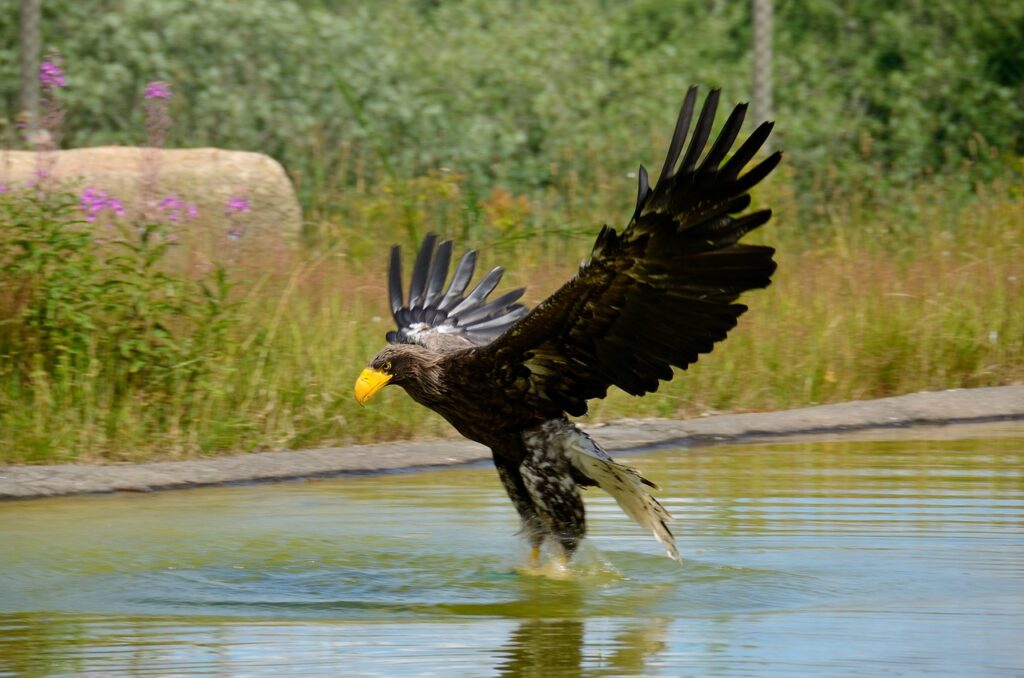