Strong La Niña conditions during December 1998 are shown in the top panel. The Eastern Pacific is cooler than usual, and unusually cool water extends farther westward than is usual (see the blue color extending further off-shore from South America along the equator).

Strong El Niño conditions, in December 1997, are shown on the bottom panel, with warm water (red) extending all along the equator.

El Niño and La Niña are opposite phases of the El Niño-Southern Oscillation (ENSO) cycle, with La Niña sometimes referred to as the cold phase of ENSO and El Niño as the warm phase of ENSO. 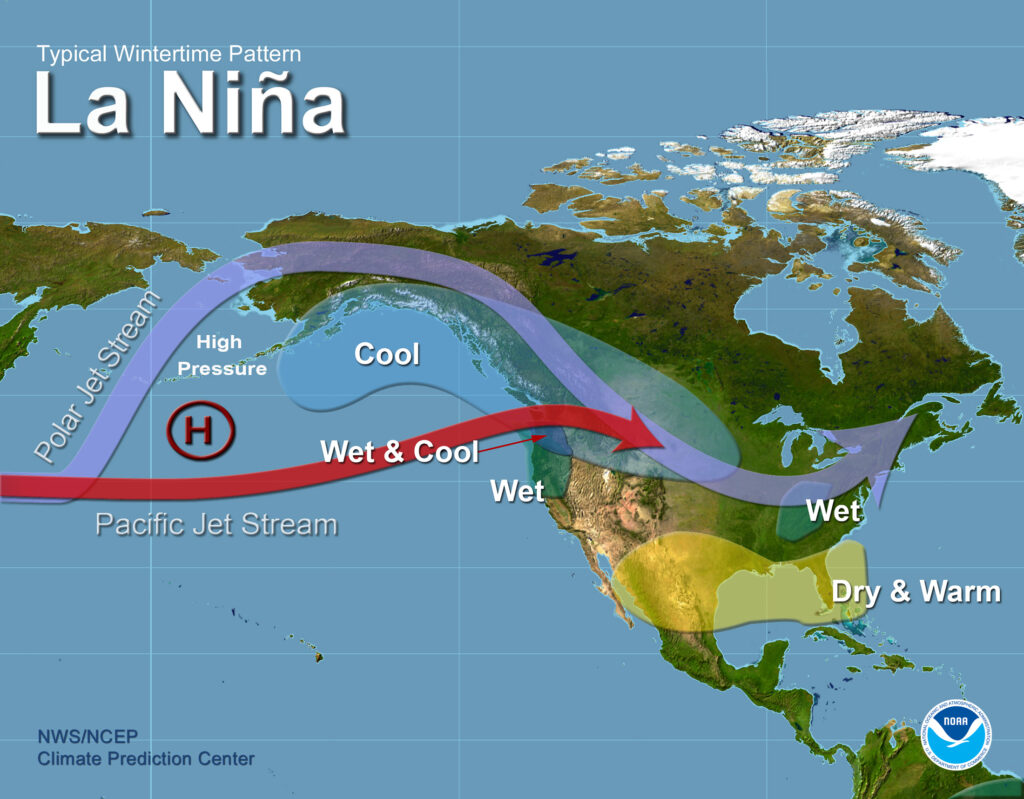