COASTAL NEWS FOR JULY Updates from US Harbors In August we honor the dedication and courage of the United States Coast Guard. The Coast Guard traces its founding to an act of Congress on August 4, 1790, which is why on this day we celebrate the courageous work of these service… END_OF_DOCUMENT_TOKEN_TO_BE_REPLACED

By Domonique Tolliver. Fishing is in Lance Nacio’s DNA. When his great-grandfather came to the U.S., he settled in a fishing community called Manilla Village and made a living working the waterways around the village. While Lance Nacio’s father worked in the oil and gas industry, he also hunted and… END_OF_DOCUMENT_TOKEN_TO_BE_REPLACED 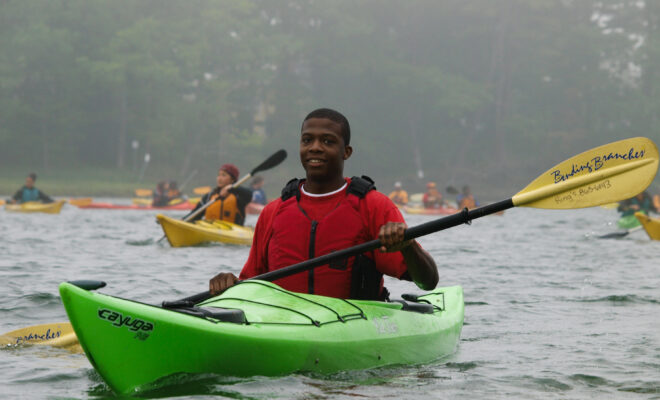 By Paddling Magazine Staff. The “Paddle for the Bay” event hopes to recruit enough canoes and kayaks to break the current record of a continuous parade, and fundraise an environmental effort for Barnegat Bay while doing so. Paddler Sandy Rinderer has a unique idea for an environmental effort — take… END_OF_DOCUMENT_TOKEN_TO_BE_REPLACED