The Penobscot Marine Museum in Searsport will open for the 2012 season on May 25 with two new exhibits featuring regional tourism and marine art. “Summer Folk: The Tourists of Penobscot Bay” is a campus-wide exhibit exploring the history of tourism from 1890 to 1960. And to commemorate of the 200th anniversary of the War of 1812, “The Art of the Sea Battle” will feature some of the finest marine art in the museum’s collection. Both exhibits open Friday, May 25, and a free reception is scheduled at 5 p.m. on that day to celebrate the start of the museum’s 75th exhibit season.

Long an economic mainstay of the Penobscot Bay region, tourism became a significant force in the 1890s and evolved through the 20th century with changes in lodging, transportation, recreation, demographics and the social milieu. “Summer Folk” will explore these changes through recreated hotel and guest house environments, vintage photography, old advertising and marketing materials, steamship memorabilia, postcards, antique sporting goods, clothing, boats, and other artifacts. Several businesses and organizations are joining the museum in the Summer Folk theme by offering exhibits, events, and “specials” throughout the Penobscot Bay region. A Summer Folk Trails map and dedicated web pages will soon be available with details on these offerings.

“The Art of the Sea Battle” celebrates the 200th anniversary of the War of 1812, when the United States first became a world-class naval power. Works by Thomas Buttersworth, Robert Salmon, Fred S. Cozzens and others depict warships from the apogee of the “Age of Fighting Sail.” Included are “narrative” paintings showing historical battles, ship portraits notable for their detail and accuracy, and a stirring painting depicting the pursuit of a slave ship by a British brig of war.

Both exhibits run May 25 through October 21. At 5 p.m. on opening day, the public is invited to a free reception in the Main Street Gallery to learn more about this year’s exhibits and events. 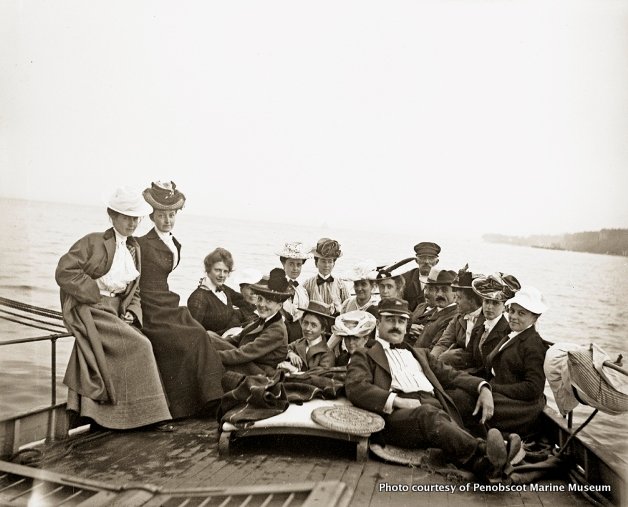 Summer Folk: The Tourists of Penobscot Bay explores the history of the region's tourism industry.

Photos of Marine Museum Readies for Season of Tourists, Battles 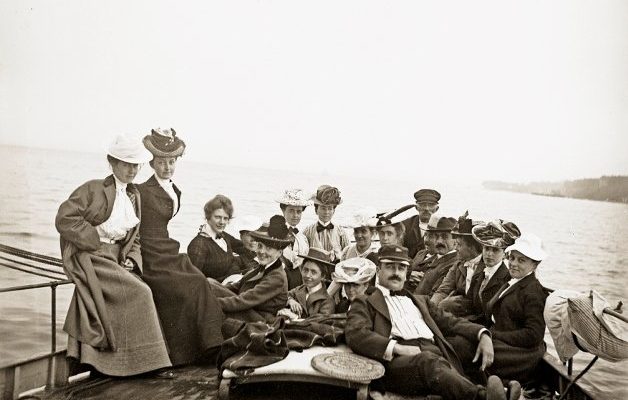 Summer Folk: The Tourists of Penobscot Bay explores the history of the region's tourism industry.