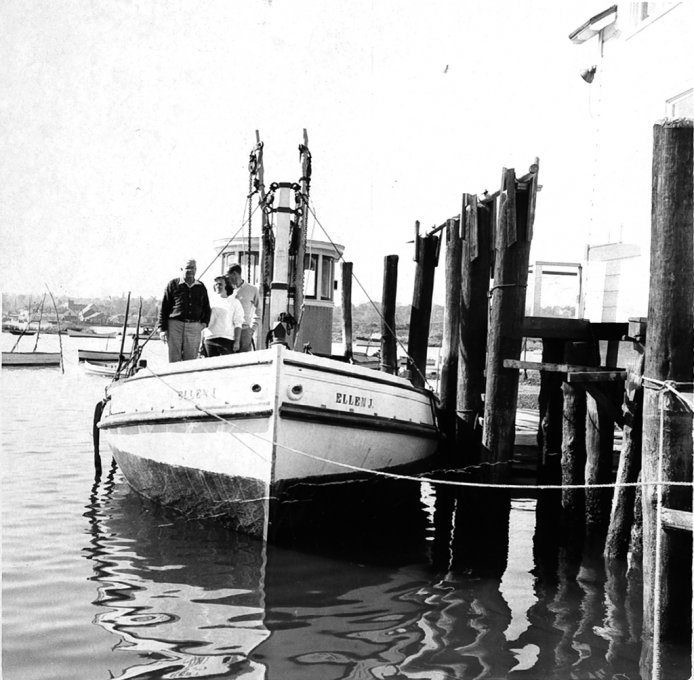 On Board the ELLEN J.

These circa-1950 harbor scenes from South Norwalk depict the small fleet of Captain Fred Lovejoy, an oyster fisherman, and are taken from the Atlantic Fisherman collection at the Penobscot Marine Museum.

Atlantic Fisherman was a well-respected fisheries publication originally based in Boston; by the time these photos were taken, the new editor, P.G. Lamson, had moved the operation to Goffstown, New Hampshire. A few years later, Lamson broadened the scope of the magazine and it assumed the title National Fisherman; under this title, and following another change in ownership, it still exists today.

The following text is taken from the original notes on the back of the top print:

“Captain Frederick F. Lovejoy with his grand-daughter, Martha, and a friend on board the ‘Ellen J.’ The 52′ oyster boat, with a capacity of 850 bushel, has had a new type of Fairbanks-Morse diesel installed by Hitchcock Gas Engine Co. The 120 hp. engine turns a 36×26 Columbian Bronze propeller through a 2:1 Twin Disc reduction gear. The boat is equipped with Norwalk batteries, Columbian ropes, and uses Texas Oil.” 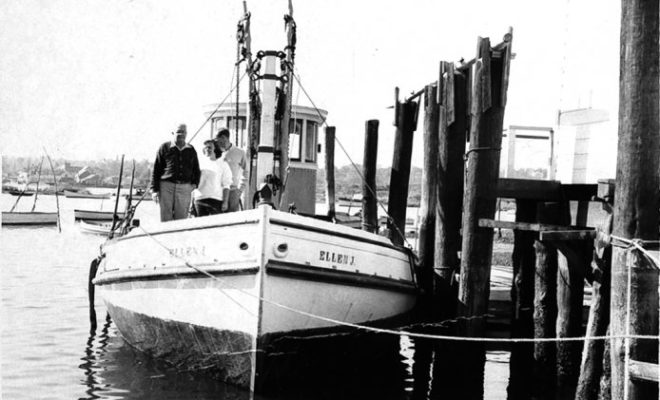 On Board the ELLEN J.