Talk about a project we can get behind. The push to turn a half-built steel hull into an impressive flagship for the state of Rhode Island got another strong nudge in the right direction this month with the appointment of Robie Pierce, of Newport, as accessibility director for the massive project.

Pierce, who has used a wheelchair for the past 21 years after being diagnosed with multiple sclerosis, is well-known throughout Rhode Island and the world for his work promoting on-water accessibility. He will serve as a consultant for Oliver Hazard Perry Rhode Island (OHPRI), the nonprofit undertaking the construction of the 207-foot, three-masted sailing ship, to be named SSV Oliver Hazard Perry when it is launched in 2013. Pierce’s duties include ensuring that the deck and quarters design accommodates people in wheelchairs and that one stateroom accommodates people with disabilities. “By taking this step, OHPRI demonstrates its commitment to making the educational experience inclusive for all students, which further demonstrates the organization’s commitment to the education mission of the school ship,” Pierce said in a statement.

When completed, the SSV Oliver Hazard Perry will be the largest privately owned and active tall ship in the United States. It will serve as a roving ambassador for the state of Rhode Island, offering sail-training courses for all ages and sea-oriented educational programming for secondary and college-level students. It is expected to remain at Promet Marine Services in Providence until 2013 while it undergoes modifications, after which it will travel to Newport’s Louis Jagschitz State Fishing Pier where it will be fitted out with masts, spars, rigging, sails, and electronics. Built to comply with the regulations of both the U.S.Coast Guard and the American Bureau of Shipping, as well as the Americans with Disabilities Act whenever possible, it will accommodate 85 deck passengers and 38 overnight passengers. Its 14,000-square feet of sails on three masts will be a sight to behold and will ensure that Rhode Island’s maritime heritage is known throughout the world. 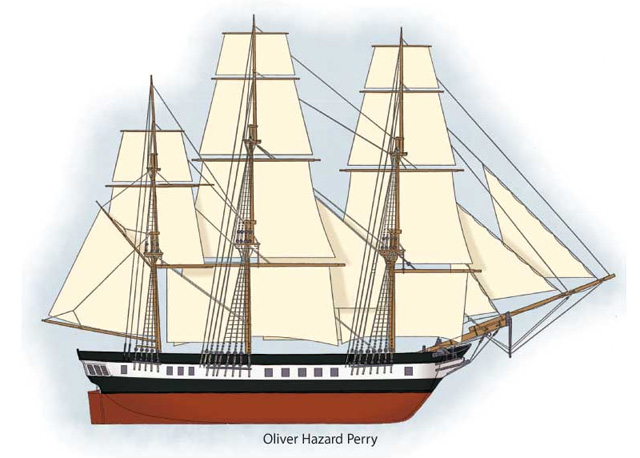 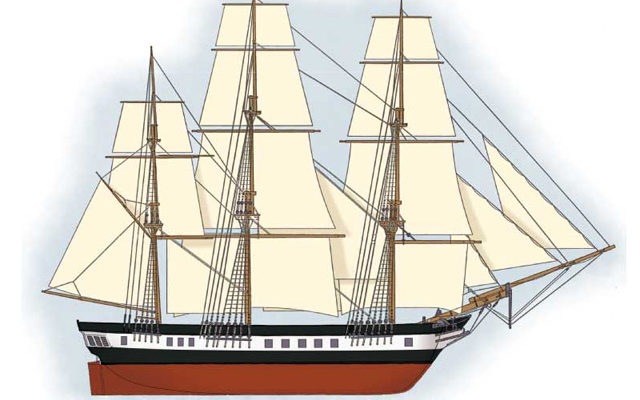