Though Hurricane Irene’s winds weakened slightly, to 75 knots, as the storm passed over North Carolina’s Outer Banks, the destructive power of Irene’s storm surge is already coming into full view. For Rhode Islanders, understanding the dynamics of storm surges is of particular interest, as the latest forecasts call for an up to eight-foot storm surge in parts of Narragansett Bay and Buzzards Bay. Coming on top of already higher than average tides on Saturday, August 27, and Sunday, August 28, the surge could lead to water levels of three to five feet above ground level.

A storm surge is created when a hurricane’s winds literally blow water onto the shore and create an abnormal rise in the water level above predicted astronomical tides (the storm’s low atmospheric pressure also contributes slightly to storm surge, though it only accounts for about 5 percent of the rise). When the height of the storm surge is added to the astronomical tides, the total is referred to as the storm tide.

For the latest watches, warnings and advisories for Rhode Island, click here.

For a graphic explanation of storm surge, click here.

For the latest updates on Hurricane Irene, click here. 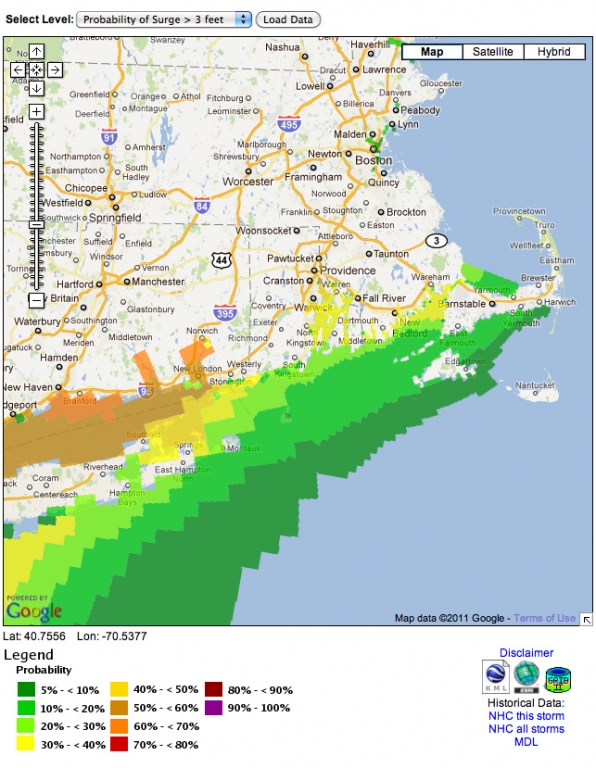 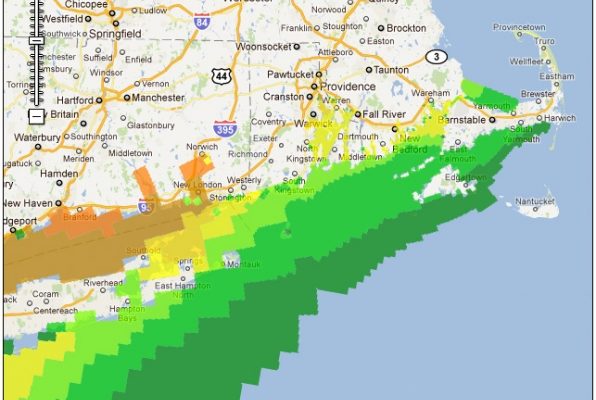