Savoring the Beat of Provincetown on Cape Cod

Last fall I rode the tidal flow north out of the Cape Cod Canal heading for Maine. Exiting the north inlet, the swift current stacked up against the fifteen to twenty knots of northwesterly wind blowing across Cape Cod Bay. I had optimistically hoped that I might “pinch up” just enough to put the tip of Cape Cod to starboard and sail on across the Gulf of Maine overnight — and home.

Ha! The steep seas dashed my plans. Easing the sheets and cracking off a bit helped to calm the situation. The boat flattened out, and before long started to run over and through the endless rows of oncoming steep, quartering seas. This new course was headed straight for Provincetown, a good option under any conditions.

Provincetown is a big harbor and would be very well protected from the stiff northerly winds that were forecast to blow overnight. It has a history as a great natural harbor — the Pilgrims established that by landing here back in 1620.

For solitude, we’ve anchored off the Cape Cod National Seashore (which covers nearly two thirds of Provincetown), just inside the hook of Long Point. It’s a beautiful anchorage when conditions are favorable. Holding is great but be careful of depths. The entire harbor has the shape of a soup bowl with a very wide rim. That shallow rim is what you want to avoid. The rim is broad and little more than ankle-deep at low tide.

This past visit in September, arriving quite early thanks to a very fast sail, I decided to treat myself to a mooring “in town”. There were plentiful rental moorings available this late in the season and I found one just off the town pier with a convenient dinghy dock near the tall Pilgrim Monument, well-protected from the northerly breeze.

P-town (as it’s often called), is located on the geographically unique long, curving sliver of land that is the absolute end of Cape Cod. With a wealth of wild public beaches and a vibrant town center, it draws hordes of visitors in season. The area historically is a magnet for artists. Sixties culture flocked here in its day, and still lingers now, decades later.

P-town is well known as a popular gay and lesbian vacation destination. It has a year-round resident population of less than 4,000 that swells to an estimated 60,000 daily visitors in the peak of the season.

On the streets, P-town feels more like the bohemian edge of a small hip city rather than the quiet New England harbor town it must be in the off-season.

I’ve heard rumors that P-town can be a bawdy place in season. Having sailed in a few times now, I haven’t seen anything too shocking. People on the street last September were having a good time in the warm afternoon sun.

Strolling with the eclectic crowd, I noticed the varied open shops, galleries, and cafés lent a festive, slightly chaotic atmosphere, while the pleasing music coming from a nearby street musician pulled the scene all together. This harbor has a beat of its own, and I found it a joy to tap along with. 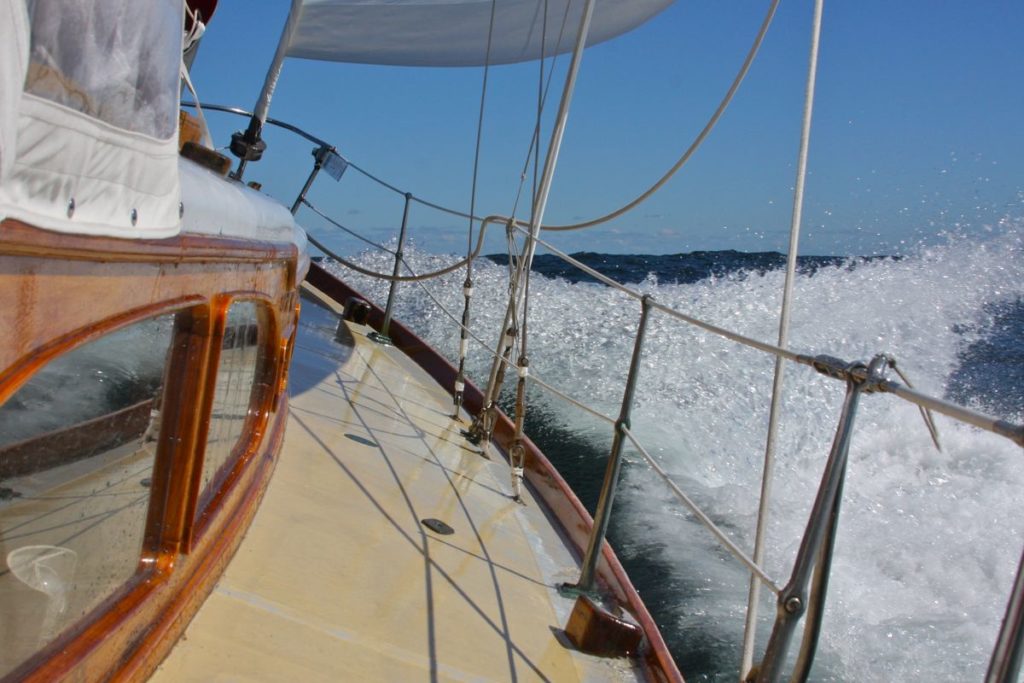 Photos of Savoring the Beat of Provincetown on Cape Cod 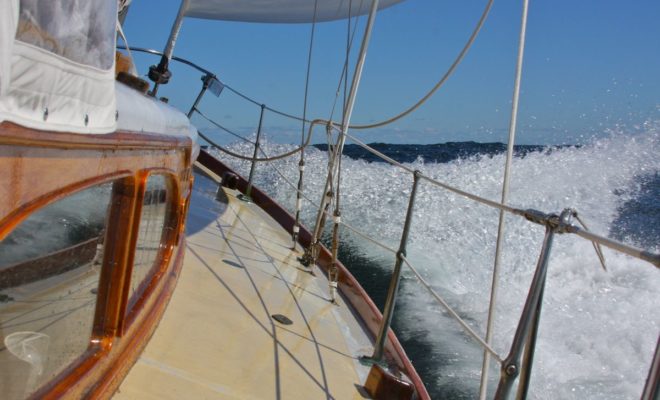