Oyster cultivation on the coast of Maine is on the increase, thanks to our clean, cold, salty, water. This water is full of nutrients, and it’s part of what gives our oysters their delightfully distinctive taste. Maine oysters have their moment in the sun, literally, on the last Sunday in September, when folks gather on the waterfront in Damariscotta for the annual Pemaquid Oyster Festival. As delectable as this event is and as gorgeous as its surroundings happen to be, the resurgence of oysters in Maine has been a hard-fought battle over the past four decades.

Eastern or American oysters, Crassostrea virginica, once thrived in the upper reaches of estuaries where water was warmer and less salty than the open ocean, but was deep enough to prevent freezing in winter. Despite harvesting by the native Wabanaki people (as evidenced by the large shell mounds along the Damariscotta River), the disappearance of Maine oysters is believed to be the result of climate-driven changes in hydrology along the coastline since the last Ice Age, according to anthropologist David Sanger.

I interviewed Sanger in 2008 for a story published in Maine Boats, Homes & Harbors magazine. According to Sanger, as rising temperatures melted the ice, and the sea rushed inland, oysters multiplied in the warm, brackish water. The native people feasted and tossed the empty shells into piles that grew thirty feet tall.

But sea level continued to rise, bringing with it predatory snails known as oyster drills and other marine animals which, in addition to fluctuating climate in the Gulf of Maine, caused the oyster population to crash. While a few oysters likely survived in small creeks along the coast, there weren’t enough to sustain the natives who had moved on to other sources of food. Later, European settlers lined the shores of the Damariscotta with brick yards and sawmills and cleared the land of trees. Clay silt, sawdust, and soil washed into the river, making the Damariscotta inhospitable to any oyster that attempted to return.

It is true that Maine never had extensive oyster reefs, but Maine also never had a commercial oyster fishery or the kind of pollution that has devastated oyster reefs around the world. Instead, Maine’s coastal waters have remained relatively clean, and scientists and fishermen have been able to bring back the native oyster. Maine’s oyster farms are now a $3 million industry, and one of the highlights of the year is the annual Pemaquid Oyster Festival, held on the last Sunday in September. 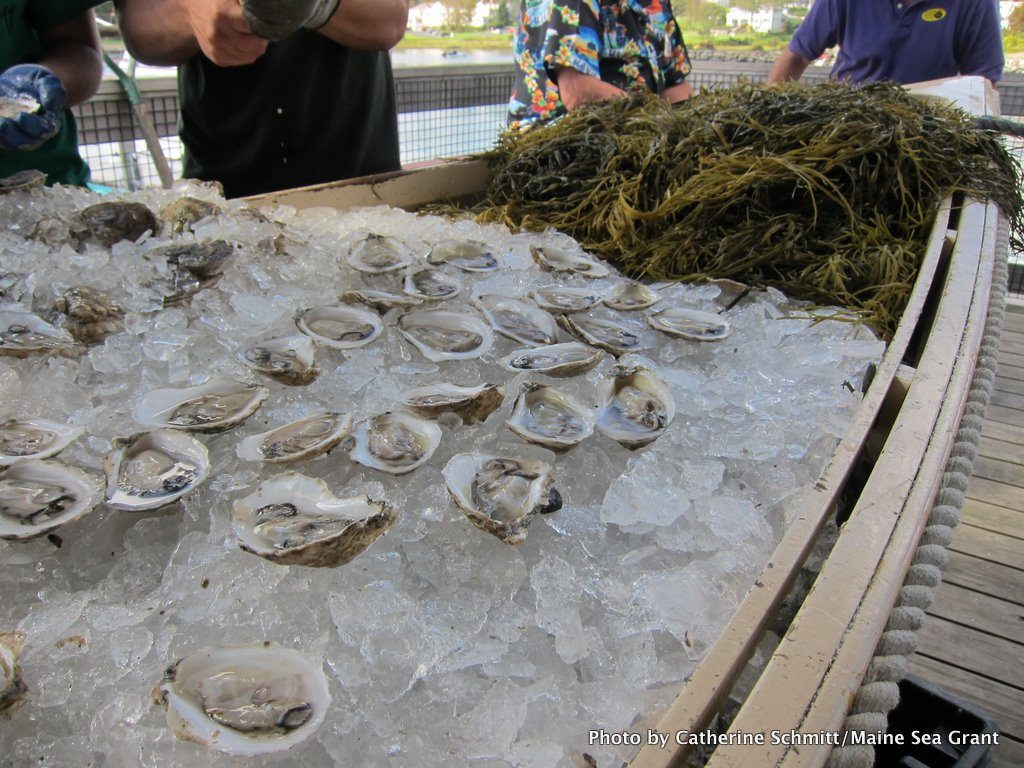 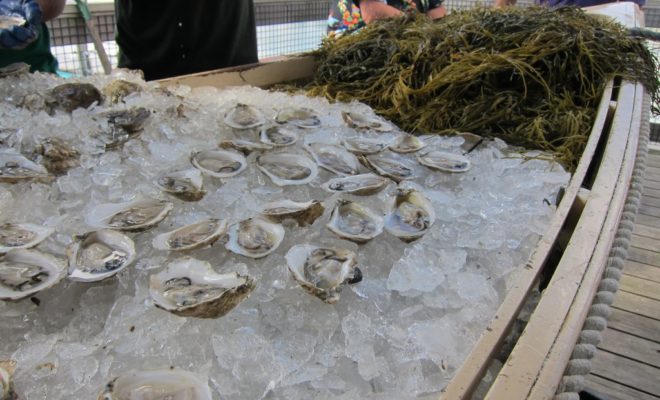