College of the Atlantic’s new vessel, the M/V Osprey, has been launched, and is at the ready for educational excursions at the college’s dock on Frenchman Bay.

The vessel is licensed to hold up to 36 students and two crew members. Cruising quietly, at a speed of up to 26 knots, the Osprey is ideal for holding classes about the oceans, the islands, the coastline—and the creatures that inhabit these regions. The 46-foot vessel was built locally at the Wesmac yard in Surry.

Osprey will allow the college to expand marine mammal research in the Gulf of Maine, ornithology research on Great Duck Island, and oceanographic surveys with the Maine Department of Marine Resources. Osprey will also allow the college to work with the National Park Service assessing the impact of sea-level rise on park islands and with the University of Maine banding migratory songbirds on islands. With just a six-foot draft, the vessel is maneuverable in the harbors of offshore islands, essential for much of the research COA does.

“She’s stunning,” notes COA’s President Darron Collins. “Wesmac created a real work of art and they have been a fabulous partner on this vessel. Everyone at the college is bouncing off the walls with excitement.”

Osprey is a available for private contract work for those seeking a comfortable, well-equipped vessel for marine projects, oceanographic surveys, or private charters.

The Osprey is a gift, in part from the late Edward McCormick Blair, former COA trustee and a lover of whales, birds, and oceans. The college’s current vessel, the M/V Indigo, is on the market.

College of the Atlantic was founded in 1969 on the premise that education should go beyond understanding the world as it is, to enabling students to actively shape its future. It has pioneered a distinctive interdisciplinary approach to undergraduate education—human ecology—that is especially well suited to developing the types of leaders needed by all sectors of society in addressing the compelling and growing human needs of our world. 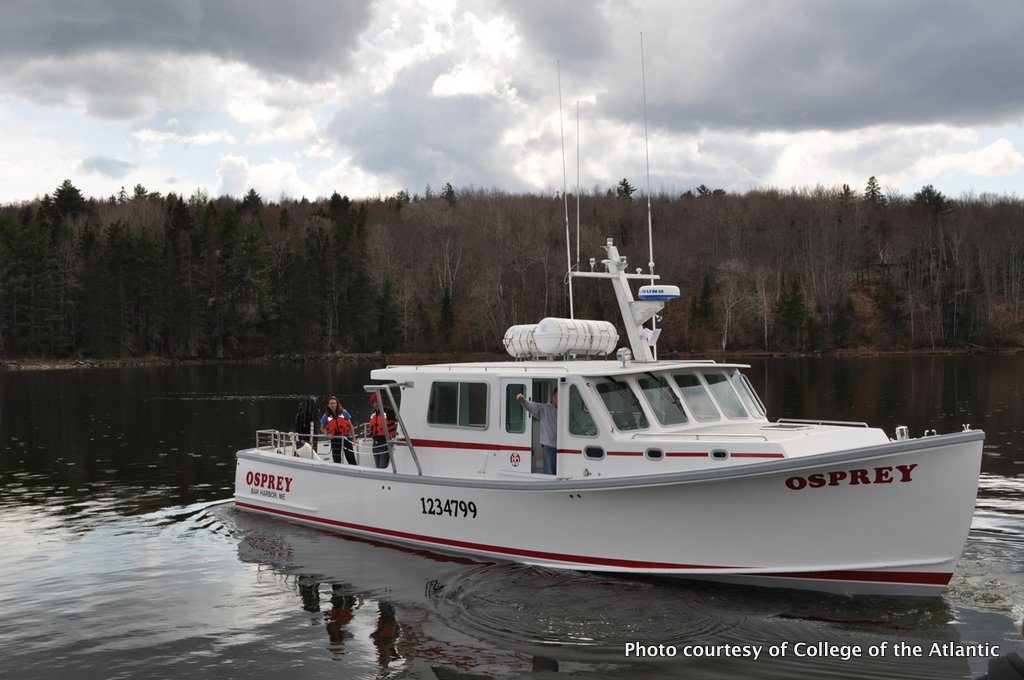 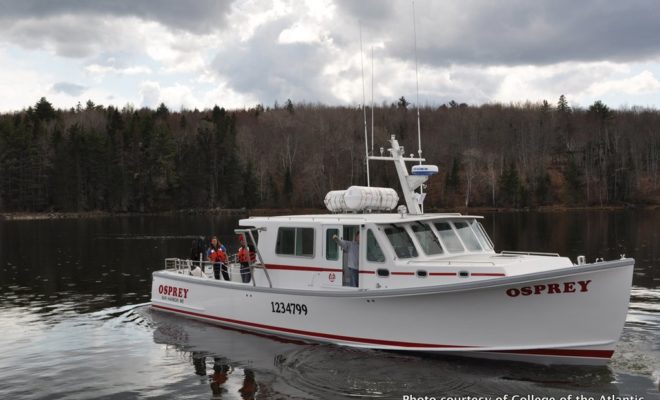