Sometimes small towns can go overlooked. And sometimes those same small towns can have an attraction that, were it located in a more well-known destination, would bring far more visitors than it actually does.

Owls Head is one such place. The lighthouse and surrounding state park are both perfect places to enjoy some time on the coast. The view from the lighthouse, down Muscle Ridge Channel and out toward Monroe Island and the vast expanse of West Penobscot Bay is one of the most beautiful vistas on the Maine coast.

I always like to watch the North Haven and Vinalhaven ferries make their daily crossings. In the summer, the bay is blanketed with sailboats and fishing vessels, making for an amazing coastal canvas.

Owls Head harbor, which is well protected but open to southerly winds, houses a large fleet of lobster and fishing boats. Lobsters, scallops, and other treats from the sea are sold on the town dock. As a child, and even to this day, I loved to explore the shores of this quiet town. I love to glide by the lighthouse when I am on a boat, giving me a true appreciation of how beautiful the surrounding shores really are. 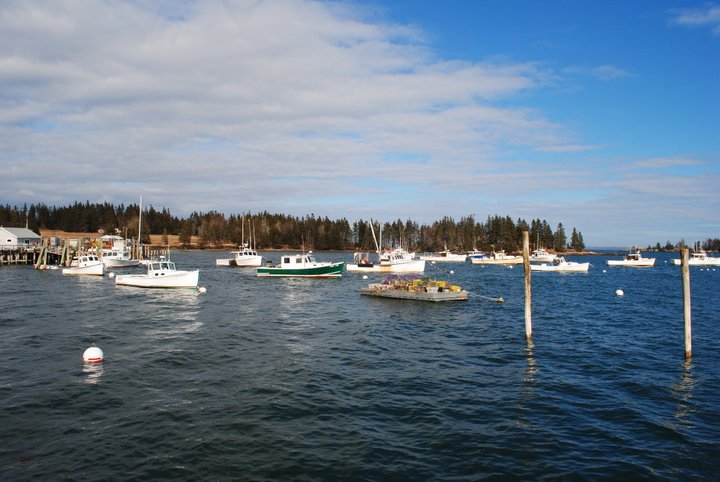