A NOAA website listed the bay water temperature on May 30 at Conimicut, which is mid-Bay, at 71 degrees. In the past few days those reading have ranged from 71 to 74 degrees. That sudden warm-up has sent the stripers packing from the upper Bay waters. I have not taken a striper in my last three outings in the upper Bay in various spots.

I got out last night and landed four bluefish and two fluke on bucktail jigs. Yes, fluke from shore. They usually are not around until late June, but water temps right now are what we see in late June and the Bay is fishing that way.

I suspect there is an exodus of stripers right now that are dropping down to the lower Bay and oceanfront. This usually happens in mid to late June, but it is happening far earlier this year because of our mild weather and warm temperatures all spring. Places like Jamestown and Newport as well as the oceanfront have deeper and cooler water (at least 5-7 degrees cooler) and more to the liking of striped bass at this time. So, as my brother said last weekend when referring to Bay striper fishing, “Put a fork in it because it is all done. “

I have to agree. It’s off to the oceanfront if you are looking for the best striper action. 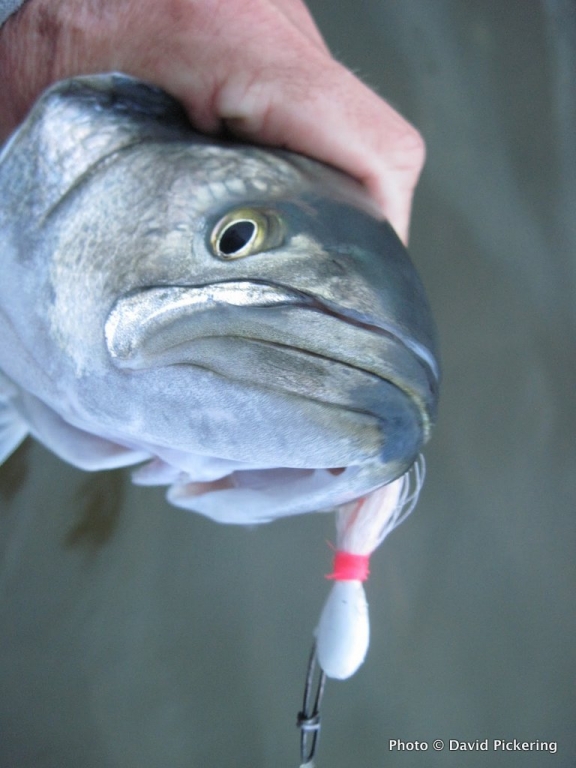 Photos of Bay Water Heats Up, Bay Fishing Cools Down 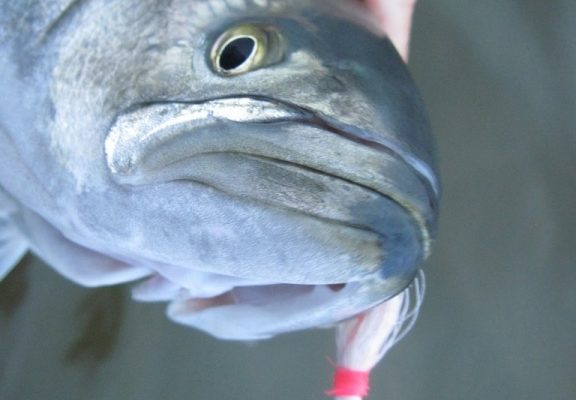