For the Birds: A Weekend on Outer Green Island

We arrived on Outer Green Island by small boat out of Falmouth, and then even smaller boat onto the protected seabird nesting island in Casco Bay. It was quickly apparent that the best method of landing ashore was via wing power; perhaps second choice might have been via boogie board and wetsuit. Despite the sketchy landing of waves, rocky cliffs, and stinging nettles that greeted we humans, Outer Green Island is well suited for Common Tern and other seabird nesting habitat.

Outer Green Island is a five-acre island about five miles east of Portland. The island is closed to the public during the spring and summer nesting season. I was invited recently to join my ornithologist sister and two youngsters to camp amongst hundreds of birds.

Our small group of volunteers had arrived to cover for the regular Project Puffin/Audubon field staff for a few days. Our responsibilities included setting up bird blinds for summer studies, 6 a.m. bird counts, weather reports, and discouraging visits from predatory birds (including a peregrine falcon). The terns were very busy on their tiny pseudo-nests, called scrapes. It looked promising that many scrapes already contained three eggs. Great care had to be taken with every step because new eggs would often appear where none had been the previous day.

I was fortunate to get to appreciate about twenty-four different bird species during our visit, plus get to see Common Tern, Common Eider, and Guillemot eggs for the first time. Despite being squawked at, pooped on, and exposed to the elements, I have to say it is a magical feeling to be a minority amongst these stunning birds on their rocky turf.

For more information on Outer Green Island and how to help protect seabird habitat, click here and 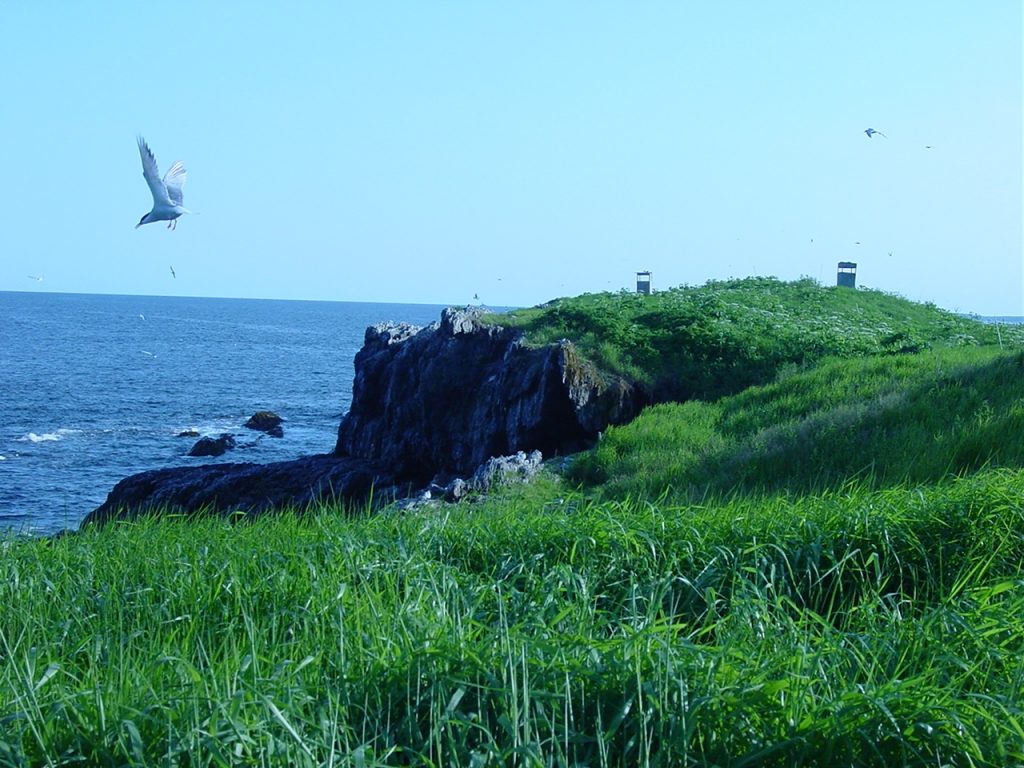 Photos of For the Birds: A Weekend on Outer Green Island 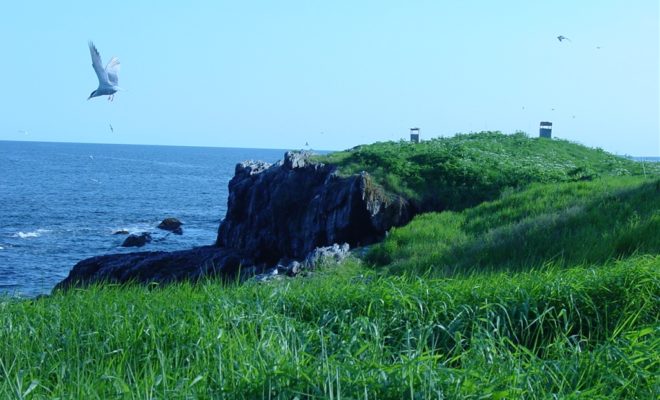