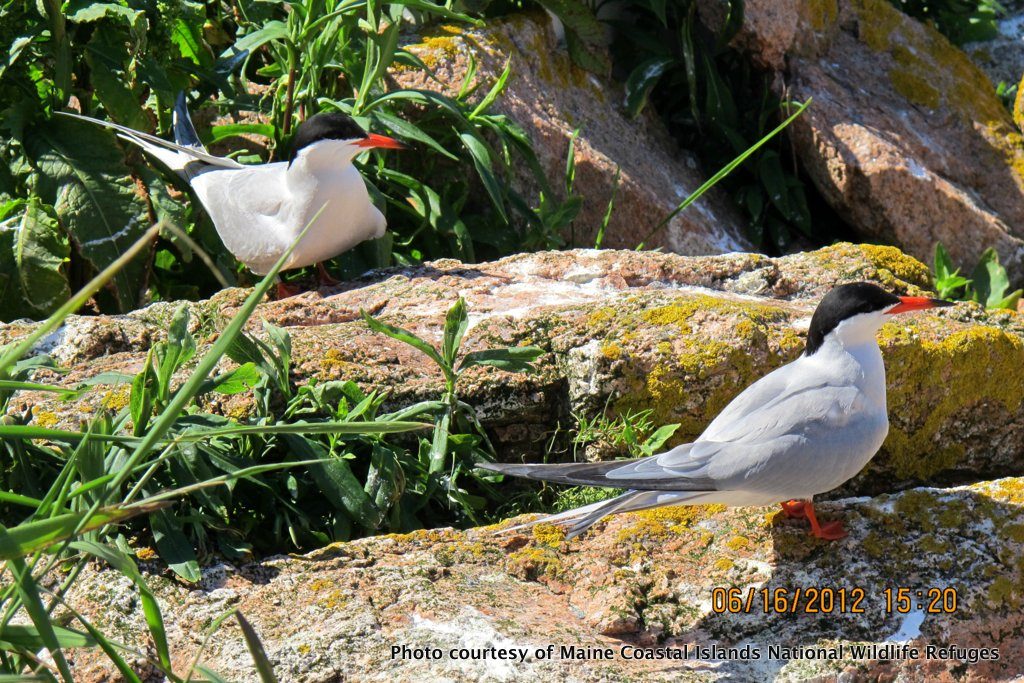 During the first few weeks of the seabird field season the number of avian residents on Petit Manan is relatively low. Just two field technicians anxiously awaiting the arrival of a seabird colony. And then it happens, slowly at first but with increasing momentum, the nesting residents begin to descend from the sky until there is a frenzy of feathers everywhere you look or try to step. In order to gain an accurate estimate of such a large volume of birds we perform an annual island wide census. In order to perform that we call in reinforcements. This year we were lucky enough to gather 13 people with representatives from U.S. Fish and Wildlife Service, Acadia National Park, Schoodic Education and Research Center, Student Conservation Association, and the University of Maine.

In a straight (ish) line we walk shoulder-to-shoulder, back-and-forth marking each nest site across the entire island.

Each step needs to be carefully calculated to avoid cryptically camouflaged eggs. The process is made even more nerve-wracking by the dive-bombing terns screeching an alarm call to alert their neighbors of your intruding presence in the colony.

After two days of counting, the census numbers are in!! For the final nesting numbers of alcids (puffins, razorbills and guillemots) you will have to wait until early July, so check back.

(We also believe we have three nesting pairs of Roseate terns. After declining numbers and no nesting attempts last year, we remain hopeful that we might have some this season.)

Check back to see the hatching and success rates of the many Petit Manan residents. Thank you to all of you who helped with this year’s census! 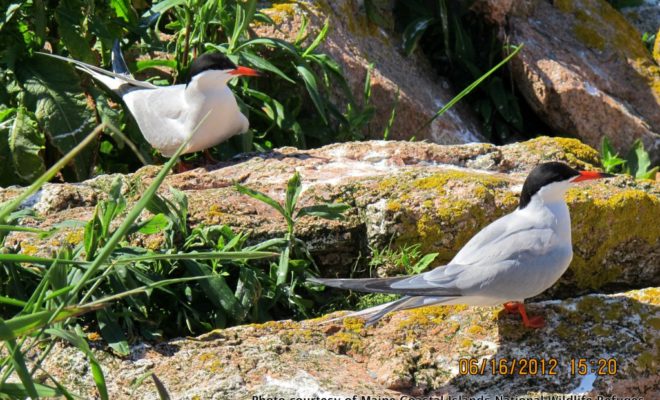