After a hectic summer of coast-hopping, I finally found myself in Portland, where I’ve been wanting to check out the new Eventide Oyster Co. So I caught up with some good friends at the small, bright space on Middle Street next to Hugo’s Restaurant, of the same owners.

Speaking of bright, that is the word to describe Maine oysters, which take up most of the menu at Eventide and should take up most of the plate of anyone ordering from the raw bar. While Eventide may not be the kind of dockside oyster bar I wrote about last fall, it did have Basket Island oysters from Casco Bay, and it certainly belongs on Maine’s oyster trail.

People have been eating raw shellfish ever since people moved to the water’s edge, waded into the shallows, and found a hinged, two-sided thing that clearly had an animal inside. In Maine, people have been eating oysters for at least 5,000 years, as evidenced by the pile of oyster shells next to the Damariscotta River and other places. (Read more about the natural history in a 2008 story from Maine Boats, Homes & Harbors magazine).

For those who want to know about growing oysters and the cost of starting an oyster farm (which are not that different than starting a farm on land: permitting, leasing growing space, buying equipment, etc.), check out the oyster page in the Resources for Shellfish Growers compiled by Dana Morse. At the bottom of the page are worksheets for starting an oyster operation, and a slideshow of oyster basics. Two of the major issues for oyster start-ups are biosecurity and invasive species; it is not okay to move shellfish between waters, or buy oysters and hang them off your dock.

All Maine oysters are the American or Eastern oyster (Crassostrea virginica), which grows in tidal rivers and sheltered bays from New Brunswick to the Gulf of Mexico. Different “kinds” or varieties result from the same oyster being grown in different places, and thus being labeled by its origin. Maine oysters grow more slowly in cold water, gaining their characteristic “merroir” that gives Maine oysters their bright taste. They can be on the smaller end; the Flying Point “petites” at Eventide were barely two inches. But many are in the three to five inch range; if left alone for five years or more, an oyster can grow much larger: an 8-inch oyster was found in Montsweag Brook in 1975, and the Damariscotta reportedly held a 14-inch giant.

Belon believers take note, however: European oysters are here, too. Populations of wild flat oysters (Ostrea edulis) survived from an otherwise unsuccessful state aquaculture experiment in the mid-twentieth century in the waters of Damariscotta, Harpswell, and Blue Hill. These oyster beds are carefully harvested by divers for Glidden Point Oysters. Researchers in the state are experimenting with European oyster culture techniques in the hopes of meeting a major market opportunity due to Europe’s short supply of their native bivalve.

Eastern oysters can produce pearls, but the nacre is not as lustrous as other oysters and the resulting pearls dull and not of much value. The real value is in the animal itself.

Of some three million oysters brought to market here each year, most are exported to big city raw bars. But a lot are consumed within the state. “We seem to have a pretty happy oyster-eating public,” said Dana Morse, who sees places like Eventide as an important outlet for Maine’s oyster varieties. “You don’t always get the experience of linking your food with a specific place. Even though the oysters are native, an oyster bar is somehow exotic, exciting. Sharing a plate of oysters connects people back to the sea in a more personal way than a fish stick. Oysters get people talking about what’s here, going on in Maine. Oysters add sparkle to the conversation about seafood.”

Get your sparkle on. Head to Eventide, or belly up to an oyster bar near you. 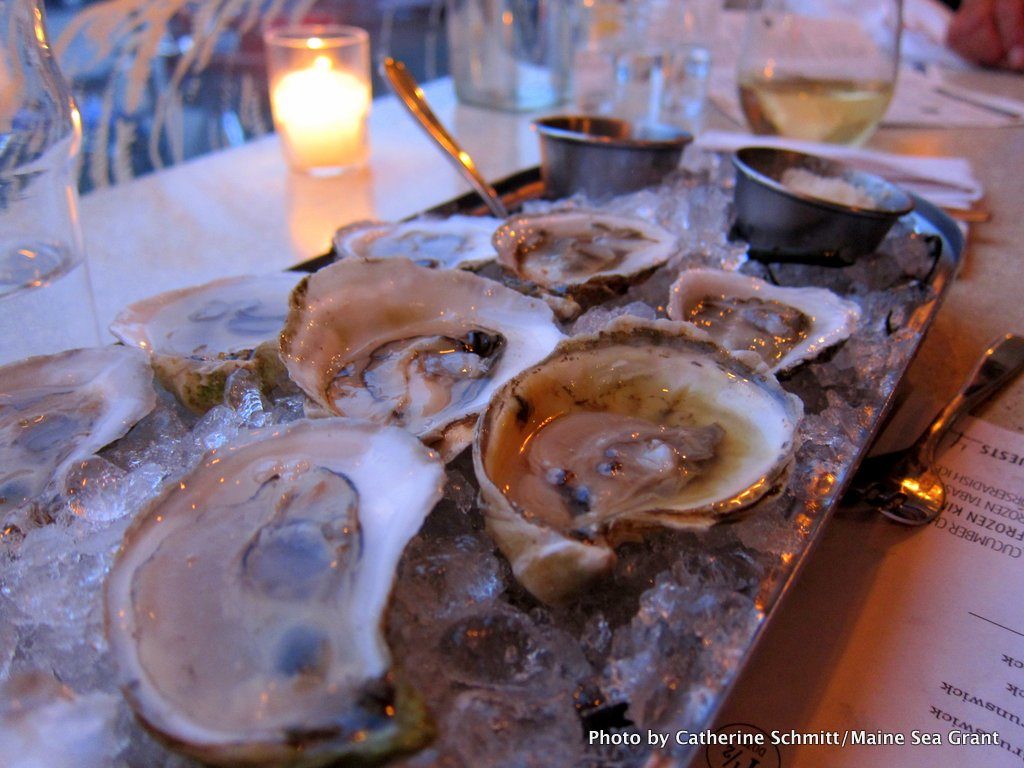 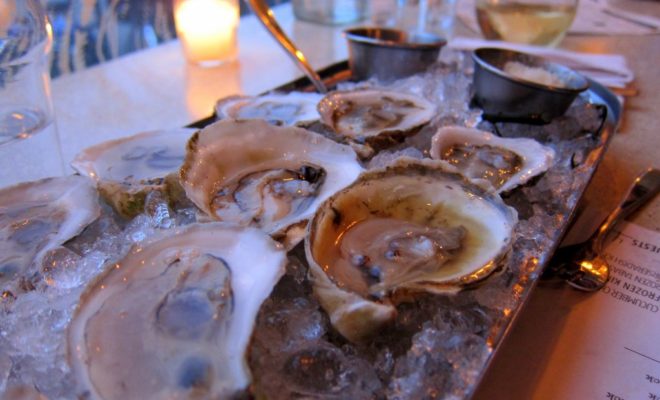