Of all the famous fishing ports I have visited on the eastern Maine coast, Stonington remains the most impressive. Everywhere you turn, there are lobster boats of all shapes and sizes, hundreds of skiffs, lobster traps, piles of neatly coiled rope and weathered buildings and wharves that cater specifically to the men and women of Deer Isle, who consistently lead the way in terms of Maine’s annual lobster harvest. The amount of fishing-related activity in town is staggering in the height of summer. In the winter months when these fisherman are off the water — a rare occurence in these parts — they are typically doing one of two things: repairing gear or telling stories.

Down West Main Street, right after the Sunset Road turnoff, an old and slanted house sits hard on the edge of the harbor, its front door partially obscured by the stacks of yellow traps that flank its entryway. Inside the house, which is filled with old newspaper clippings, sheets of sandpaper, tools for any job you can think of, and a giant poster of Johnny Cash with his middle finger extended toward the camera, you will usually find Steven Robbins, master storyteller and Deer Isle fishing legend. On a cold January morning, Robbins, a 69-year-old native of this East Penobscot Bay Island, sits by the heater and covers topics from Loretta Lynn to why he loves his home.

“I’m proud of the people around here,” he says. “They work harder than anybody I know.” Robbins has been here since 1943, with the exception of the six years he spent on research ships cruising the South and North Poles. “I been here my whole life — no reason for me to leave the island,” he says with a grin on his face. “I been many places and I once met Loretta Lynn at one of her shows, but I got freedom here, and I got space.”

Joining Robbins on this morning is fellow island veteran Ricky Trundy and Robbins’ stern woman, Michelle Fowler. Trundy is a local legend, and his boat Crossfire, is well known in the surrounding waters. “I fish down by Isle Au Haut on the southeastern side,” Trundy explains. “There ain’t no protection down there, it can get real rough sometimes.”

Trundy remembers a particular breaker that extended over a mile and a half. “It was down in Head Harbor,” he recalls. “Now that’s one big wave!” Robbins has also seen his share of rough seas and can remember going all the way out to Georges Bank in a 44-foot fiberglass boat, over 120 miles offshore. “We got a call on the radio about bad weather and 35-foot seas,” he recalls. “We ended up going to Nova Scotia to seek shelter and it took twenty-one hours to get there.” As for having a female crew member, Robbins is all for it. “They show up sober and are more focused,” he jokes. “They are more into their work and it’s not like they have a chip on their shoulder when it comes to the physical work.” Fowler, who has loved everything about fishing for as long as she can remember, feels the same. “I can work as hard as anybody,” she remarks. “It’s just a lot of fun with these guys.”

As for changes in the fishing industry, leave it to Robbins to explain the fundamental differences. “The weather is different,” he says. “I can remember when this harbor froze right up for weeks, people would drive out to Isle Au Haut no problem.” Technology is also another huge factor in the fishing game. “We used to pump oil right out into the bay,” Robbins jokes. “Now we pump it onto a container on board. The state also protects lobsters much better than before — a lot has changed.”

What hasn’t changed, and will probably never change, is the steadfast dedication that the men and woman of Deer Isle show in their pursuit of making a living from the sea. Working waterfronts are becoming a rare sight on the Maine coast. This is a sad fact, because the heart and soul of so many coastal towns can be found down on the water, where lobstermen, scallop divers, urchin draggers, offshore fishermen, clammers, and shrimpers battle cold temperatures, harsh seas and and an ever-changing market for their highly desired product. It is men like Trundy and Robbins who help to keep the flame burning and will likely do so until the day they die. Fishing on the coast of Maine is no easy task, but it is a way of life, and a huge source of pride to the men and women who head out every day in search of their respective catch.

I ended the day down at the Barred Island Preserve, on the west side of the island. The sun was beginning to set across the bay over North Haven and the Camden Hills. The famous stretch of sand that connects Barred Island to Deer Isle was gradually succumbing to the high tides. The giant spruce firs that blanket the surrounding coastline were awash in a stunning late afternoon light that was slowly but surely lighting fading from the January sky. The ocean was still for the time being, and a few fishing boats could be heard in the distance, motoring home after another long day of work.

No matter where you find yourself on the coast of Maine, the age-old profession of fishing is all around you, and that’s the way it should always be! 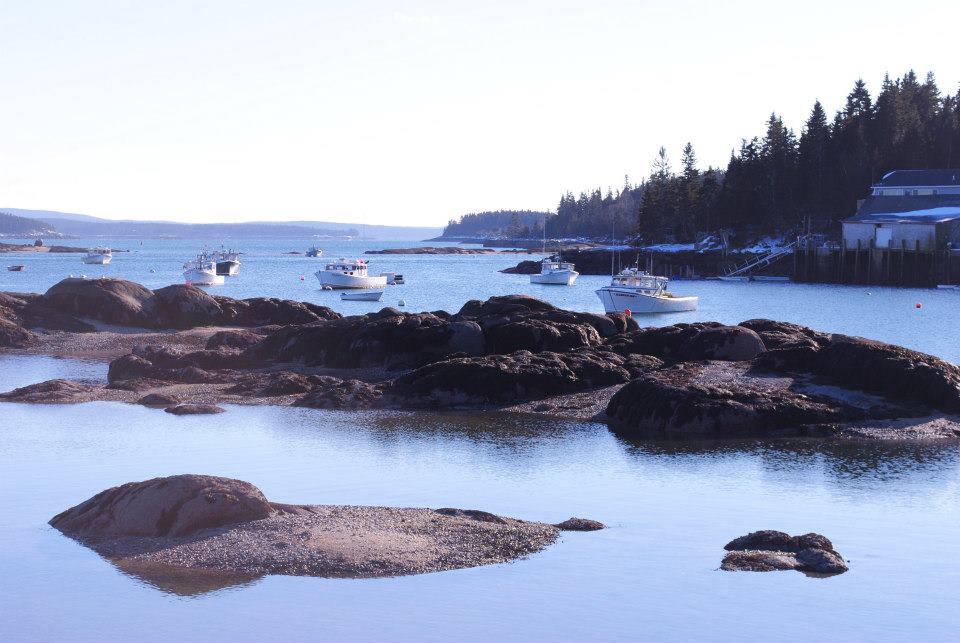 Photos of Making a Life on Stonington’s Working Waterfront 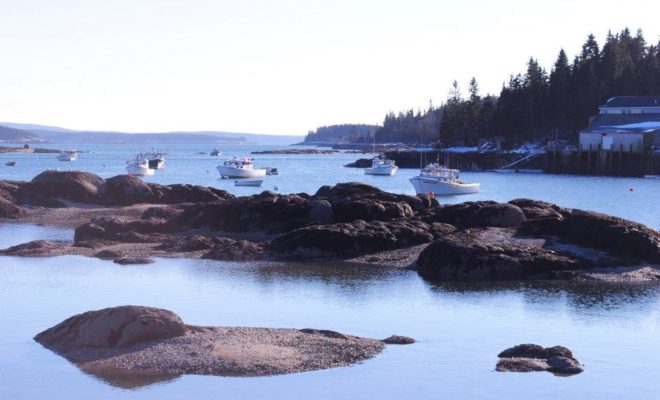