My Working Waterfront: Rowing Out of Little Harbor

I spotted Hugh Bishop of Marblehead recently, rowing out to his lobster boat moored in Little Harbor, or what locals call Barnegat. This part of Marblehead features Crowninshield Island (better known as Brown’s Island), and another deserted island called Priest’s Island that is originally called Gerry Island.

One reason it is significant that Hugh Bishop is in the photograph is because he wrote a book called Marblehead’s First Harbor about this part of town and the role it plays in our history. It is a great book. Whether you are a native of Marblehead or a former resident, there is no doubt the town has changed, but there are still a few coves and inlets that feel unchanged. On a June morning like this one, it could be 1950 or 2013 or 1895 — these granite rocks are still here and the tide is still coming in and out here. And, we still catch great lobster.

It was certainly refreshing to see a little slice of old-time Marblehead. 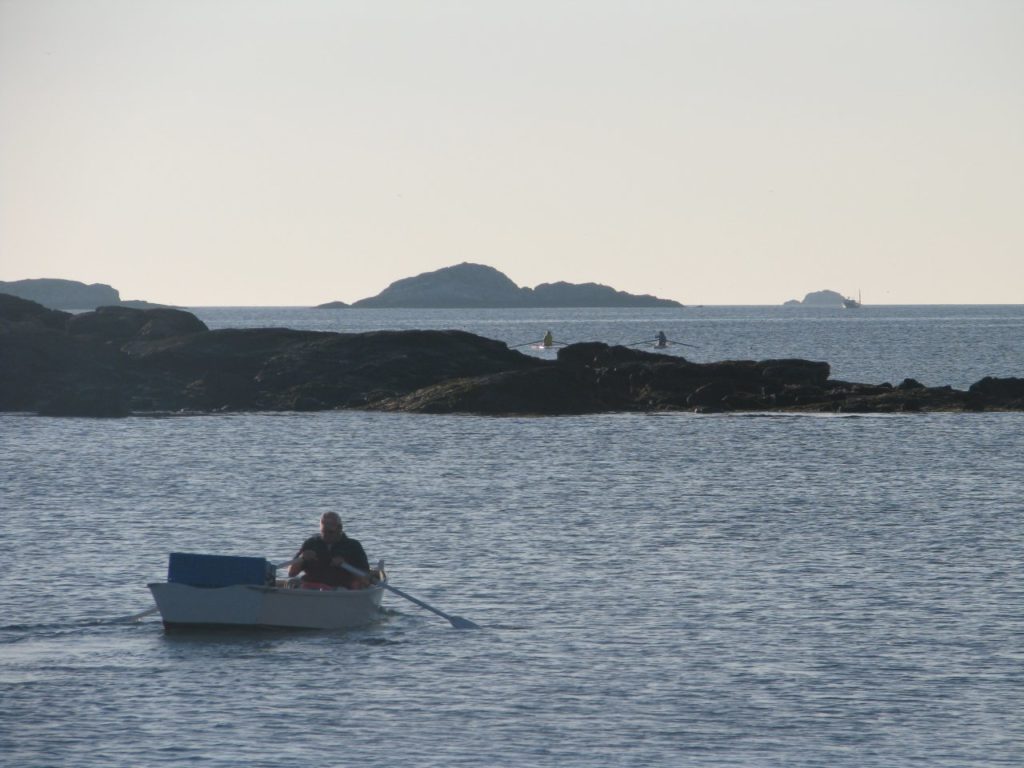 Rowing out of Little Harbor

Photos of My Working Waterfront: Rowing Out of Little Harbor 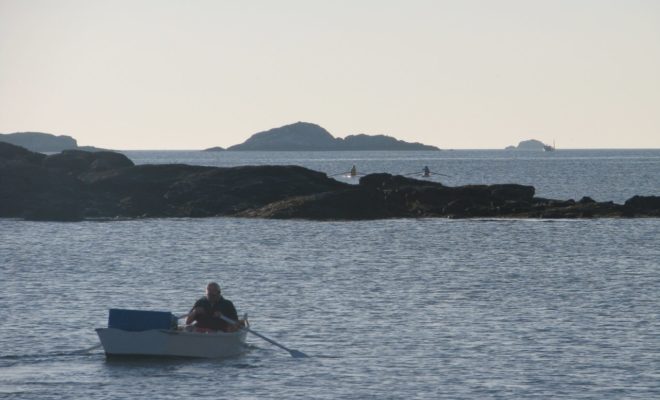 Rowing out of Little Harbor