I said a couple of posts back that this dismal fall season could do a turn-around. Well, hopefully, last week was the week of the turn around. It was a very good week that saw lots of stripers of all sizes hit the shore. There were loads of schoolies, as expected since those have been around since the summer. It was also the best week for keeper bass from shore that I have seen all year along the oceanfront. I got anywhere from one to several keepers an evening along with lots of schoolies. My kids are doing the same.

There were several games being played out last week. Here’s the rundown:

1. All Out Daytime Blitzes – Every day last week I saw the fish somewhere along ‘Gansett. They were way out for the most part. But, every once in a while, they hit the shore in a big way. Most of these are fussy schoolies on bay anchovies, but there were keepers in the mix. You just had to be at the right spot at the right time. Cocahoes, Kastmaster XLs, and small bucktail jigs are all working when the bay anchovies are around.

2. Fish in the White Water – On Thursday I landed seven fish (three keepers) with nothing showing in a charged-up whitewater surf. Yes, there are fish around even in the absence of birds and bait. You just have to put in your time and work for them. Jigs off the float, Hogys, Slug Goes and needlefish plugs are working well in the whitewater for fish of all sizes.

3. The Nighttime Game – Try to get into moving water. Yes, the breachways have been running hot. I like big bucktail jigs and Daiwa SP minnows. I also like to add a black Deceiver teaser ahead of my swimmer. Sharpies using eels are also scoring. 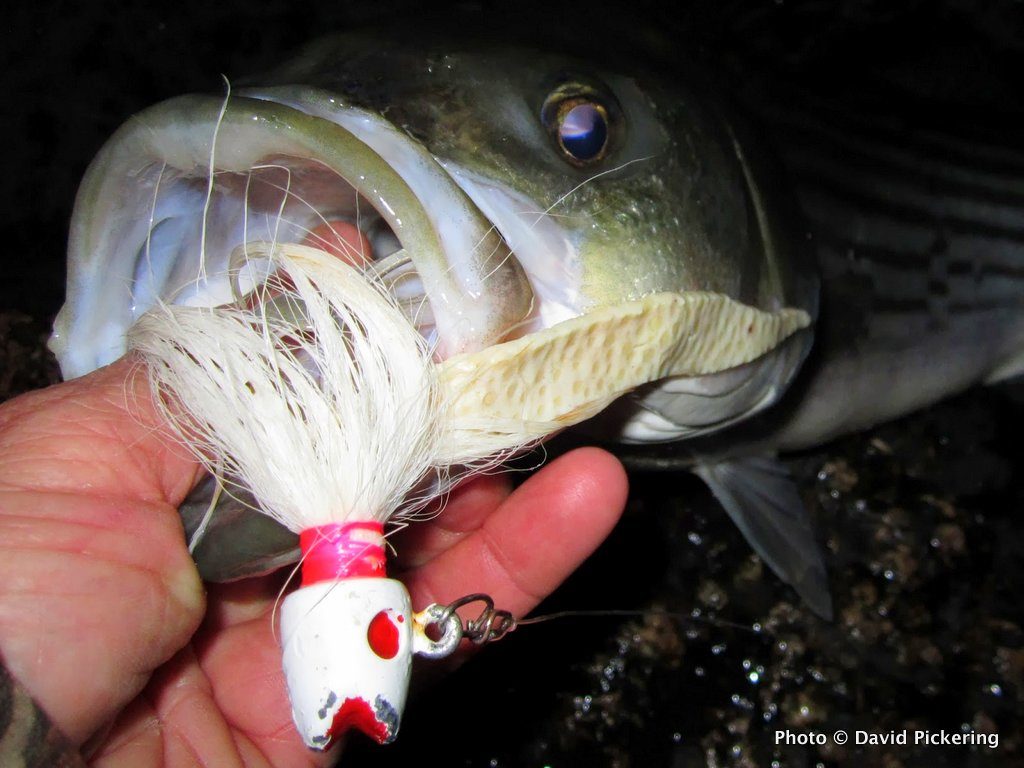 Photos of 3 Secrets for Landing Keeper Stripers This Year 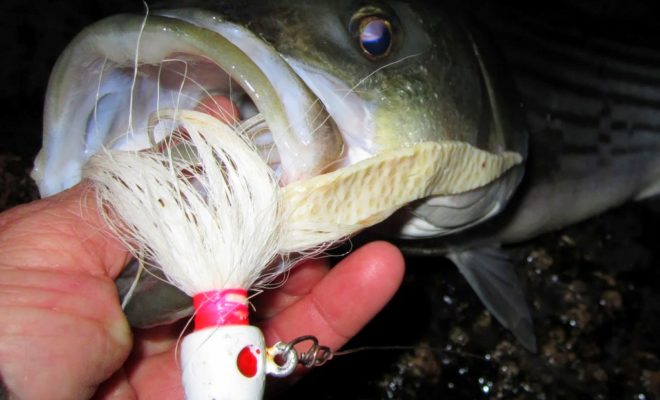