Predicting Proverbs: Weather lore for the sea and more

For those who live, work and play on the sea, the weather can affect every decision. Being able to accurately see what the weather holds can sometimes be the difference between life and death. So, it makes sense that finding the right idiom, poem or mnemonic to assess the conditions is a tradition spanning way back into the mists of time. The question is: Do they work? Here are some proverbs, some famous and some not, and the reasoning behind them.

Of course, nothing is ever set in stone with the weather, and any sailor heading out into the wild blue yonder would be very foolish not to consult the latest weather data here on USHarbors.com.

Probably the most well-known of the weather proverbs, and one that is based on sound science. The light from the setting sun appears red when shining through an area of clear air created by high pressure. Please note that this presumes the prevailing wind to be westerly, the direction of sunset, and thus bringing the clear skies towards the observer. This is mostly true for the inhabited parts of the globe, both north and south, but nearer the equator you may find the opposite to be true. The second part of this rhyme, “Red Sky in the Morning, Sailors Take Warning” follows the same logic, but in truth only shows that the sky is clear in east, not necessarily that rough weather is coming from the West. TRUE

2. “When Cattle Lie Down as They Are Put Out to Pasture, Rain is on its Way”

Another proverb as old as the hills. It is suggested that cows have greater sensitivity to oncoming rain and lie down in order to keep a dry spot under themselves. Really, while a dry spot might be nice for a cow, they lie down and stand up for many different reasons, and rain may or may not be one of them. Also, cattle are not best suited for being on a boat, so perhaps bring a barometer instead. FALSE.

Like many of these proverbs in this list, it is all to do with air pressure; and the clues that tell us whether it is high or low. Geese, and all migratory birds, like to get on top of the bubble of high pressure air, where the flying is less strenuous. If you see or hear them flying low overhead, there is a good chance a low-pressure system is following them. TRUE.

It is a catchy rhyme to be sure, but the info it conveys is a little harder to grasp. Mackerel Skies, AKA cirro-cumulus clouds, can certainly be indicators of changes in weather, and if they increase and drop, then rain is on its way. However, Mare’s Tails (wispy cirrus clouds) by themselves can indicate good weather is coming. As with all of these, take them with a pinch of salt (and USHarbors.com on your phone). Too unreliable to be true, so FALSE.

5. “When the Sun Retires to His House, it is Because it is Going to Rain Outside”

The sun’s house here is a halo – a ring around the sun. It is caused by ice crystals high up in the sky, a fore warning of a cold front. This prediction is more likely to be true in warmer weather, as sun halos are more commonplace in the depths of winter. The same idiom can be applied to moon halos as well. TRUE, in the summer at least.

6. “Friday Dawns Clear as a Bell, Rain on Saturday Sure as Hell”

There are many superstitions in maritime lore associated with the days of the week, and they are all a load of hooey, scientifically speaking. The weather patterns that circle the globe are unaffected by the arbitrary 7-day week. FALSE

7. “When the Night has a Fever, It Cries in the Morning.”

If the air gets warmer into the evening, this is a strong indicator of a rain-carrying warm front. TRUE.

Seemingly unconnected, these proverbs share a similar cause, our old friend, low pressure. More odors are allowed to rise up when the air pressure drops, both from swamps and our bodies. Additionally, an increase in moisture in the air makes it harder for small insects to fly, and so they are more likely to hang around where food can be found. Both TRUE.

An excellent resource for the history and explanation of American weather lore is Eric Sloane’s Folklore of American Weather. For more lore relating to the sea, Folklore and the Sea by Horace Beck covers weather myths and a whole lot more. 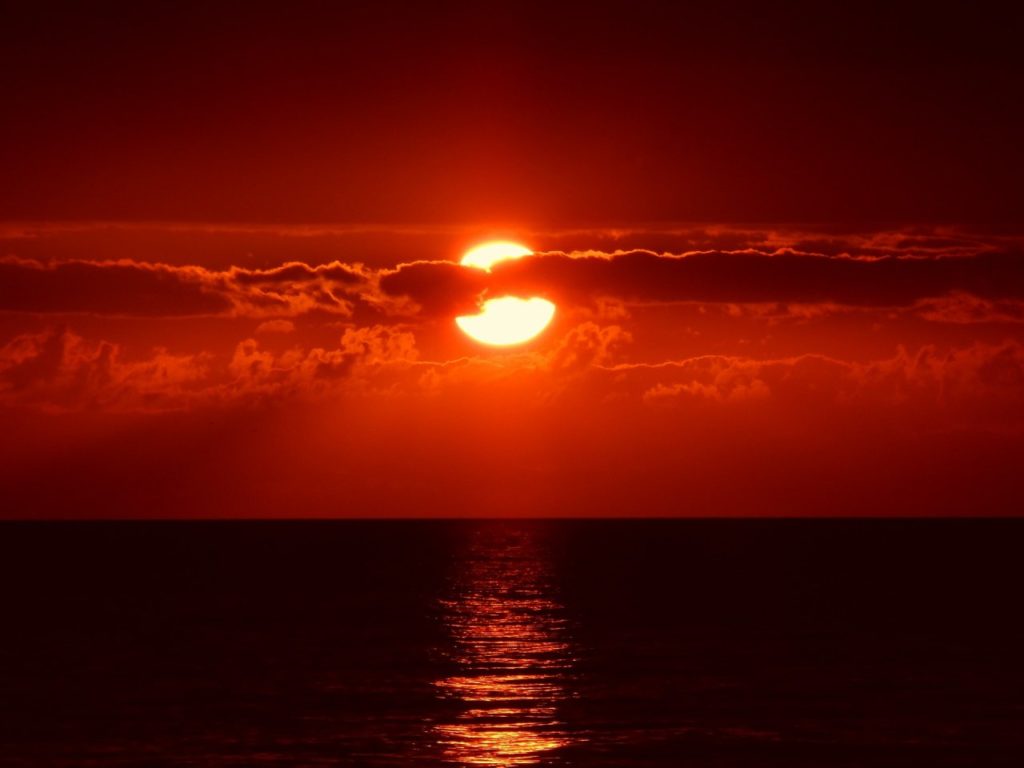 Photos of Predicting Proverbs: Weather lore for the sea and more 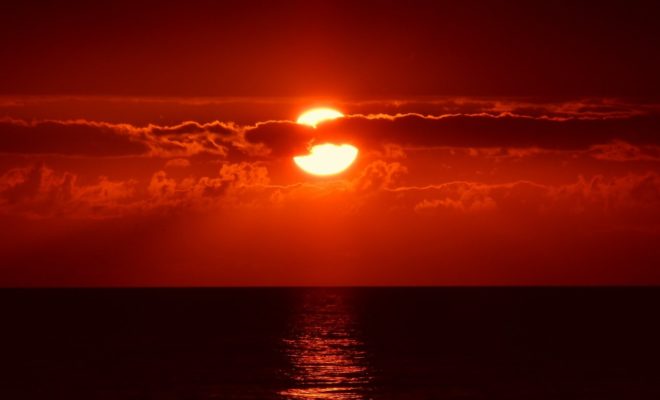