Florida’s Manatees are No Longer Endangered

There’s a creature that populates shallow waters — slow-moving rivers, saltwater bays, canals and coastal areas — where beds of seagrass and other freshwater vegetation is present.

They are commonly  known as sea cows and are considered to be a migratory species. The species cannot survive in temperatures under 68 degrees, so when the winter comes, they concentrate in Florida’s warm waters, bringing ecotourism to the area.

In 2017, the Department of the Interior reclassified manatees in Florida as threatened instead of endangered. The report states the reason for the delisting was better habitat conditions and population expansion. Today’s estimated population of Florida manatees is 6,620 which is a big turnaround from the few hundreds in the 1970s.

“State and Federal Biologists saw an upward trend in population size,” said Lori Benson McRae, associate biology professor. “I’m just cautiously optimistic about that. It means we’re doing something right in terms of management and protection. As well, we do potentially see other resources freed up for other endangered species.”

The delisting of manatees has been well-reported in the media and the threats to them have been somewhat addressed, according to McRae. However, her main concern is that, due to their reproductive biology, the population may quickly decline if they have several bad years with high boat strike mortality.

“My take on endangered species is that it’s really sad.” said Victoria Thomae, freshman journalism major. “It breaks my heart because it’s just neglect from humans being carefree and only caring about themselves instead of thinking about the environment.So, I hope that more people start to realize their impact on the environment because that could really help with the progression of ecological conservation.” 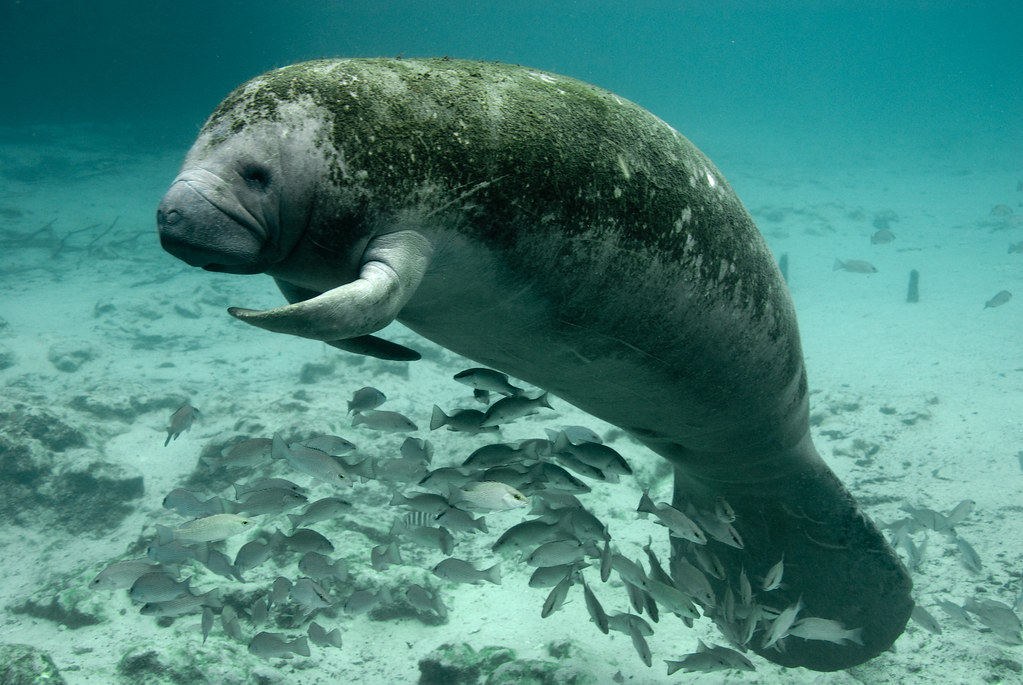