The bite definitely does not slow down by September in Rhode Island. Bluefish and bass may start to begin their migration south, but our waters generally are visited from all of the blues and stripers that have started their migrations further north.

Fishing the south coast in September and October produces good results. Places like Charlestown, Point Judith, Matunuck and WeekaPaug allow anglers to catch the stripers and bluefish migrating south along the shoreline. Some of the largest fish have been landed around this time of the season after having all summer to feed and grow. Places further north into Narragansett bay also produce good results for blues, bass and scup at this time.

Tautog can be caught once again in Rhode Island waters in September, October and November, depending upon the water temperatures. Locations south of the Jamestown bridge produce well at first, but they can be caught as far north as Prudence Island.

So all this being said if you are looking for a great fishing experience or just visiting Rhode Island for other reasons and wanted to do a little fishing, we would highly recommend dropping a line as to not miss out on an exciting fishing opportunity. 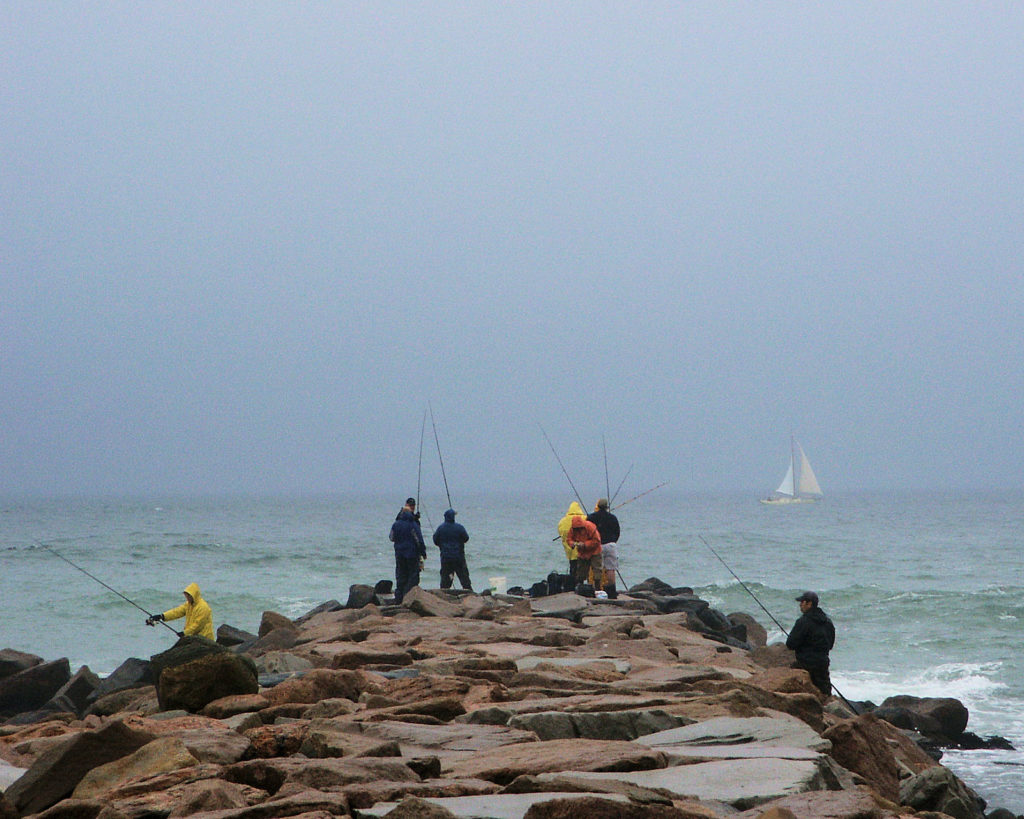