An estimated eight million metric tons of plastic enter the ocean each year. Scientists believe that by the year 2050, there will be more plastic particles in the ocean than fish by weight. Needless to say, the plastic problem is catastrophic to our environment and is one that won’t go away without serious action. That’s why one group of extraordinary women is doing their part to help combat the microplastic problem.

eXXpedition Round the World is an all-female sailing voyage and research mission that began in 2019. The 300-person crew is made up of women from countries across the globe and includes marine biologists, marine toxicologists, ocean conservationists, holistic doctors, engineers, documentary filmmakers, famous yoga instructors, packaging designers, and more. Over the course of 30 different voyages spanning 38,000 nautical miles, multiple groups of women will climb aboard the 73′ S.V. TravelEdge sailboat to study plastic and toxic pollution in our oceans.

The statistics about plastic pollution in our oceans are staggering. Every piece of plastic that has ever been made still exists and will always exist. So far the crew has recorded half a million pieces of microplastics per square kilometer on the surface of the ocean. 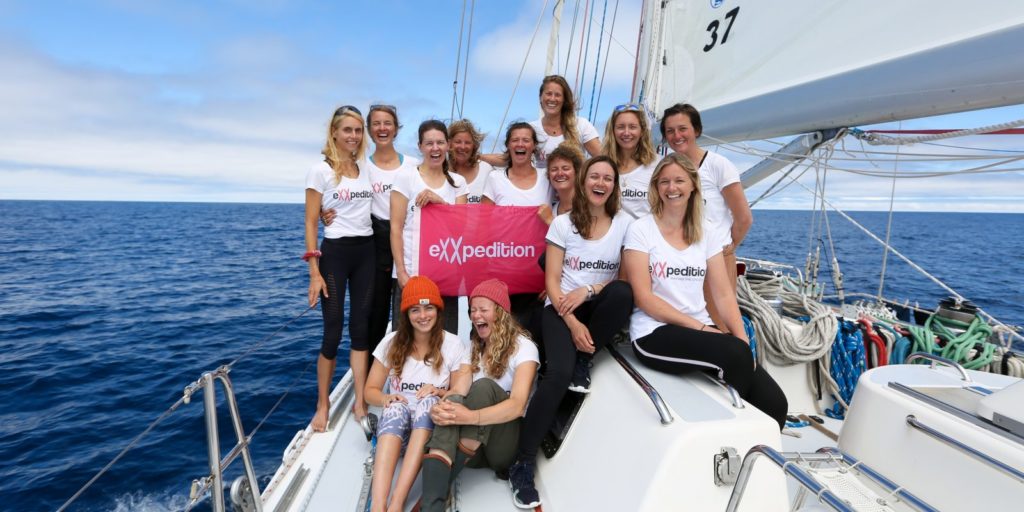