Mariners, please go around this slow zone or go slow (10 knots or less) inside this area where right whales have been detected. 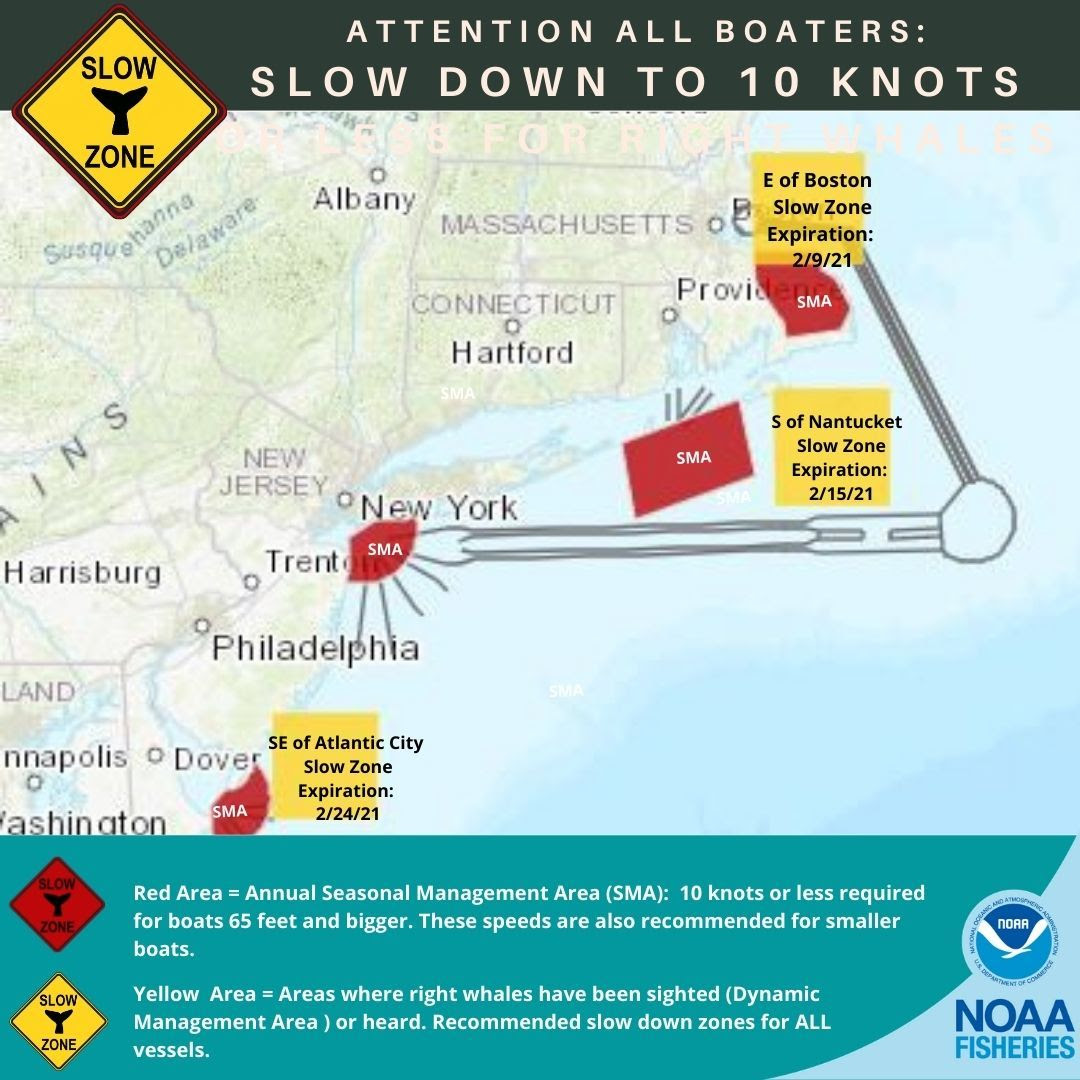