Nothing Funny About Bad Year for Maine’s Clownish Puffins

PORTLAND, Maine (AP) — Maine’s beloved puffins suffered one of their worst years for reproduction in decades this summer due to a lack of the small fish they eat.

Puffins are seabirds with colorful beaks that nest on four small islands off the coast of Maine. There are about 1,500 breeding pairs in the state and they are dependent on fish such as herring and sand lance to be able to feed their young.

Only about a quarter of the birds were able to raise chicks this summer, said Don Lyons, director of conservation science for the National Audubon Society’s Seabird Institute in Bremen, Maine. About two-thirds of the birds succeed in a normal year, he said.

The puffin colonies have suffered only one or two less productive years in the four decades since their populations were restored in Maine, Lyons said. The birds had a poor year because of warm ocean temperatures this summer that reduced the availability of the fish the chicks need to survive, he said.

“There were fewer fish for puffins to catch, and the ones they were able to were not ideal for chicks,” Lyons said. “It’s a severe warning this year.” 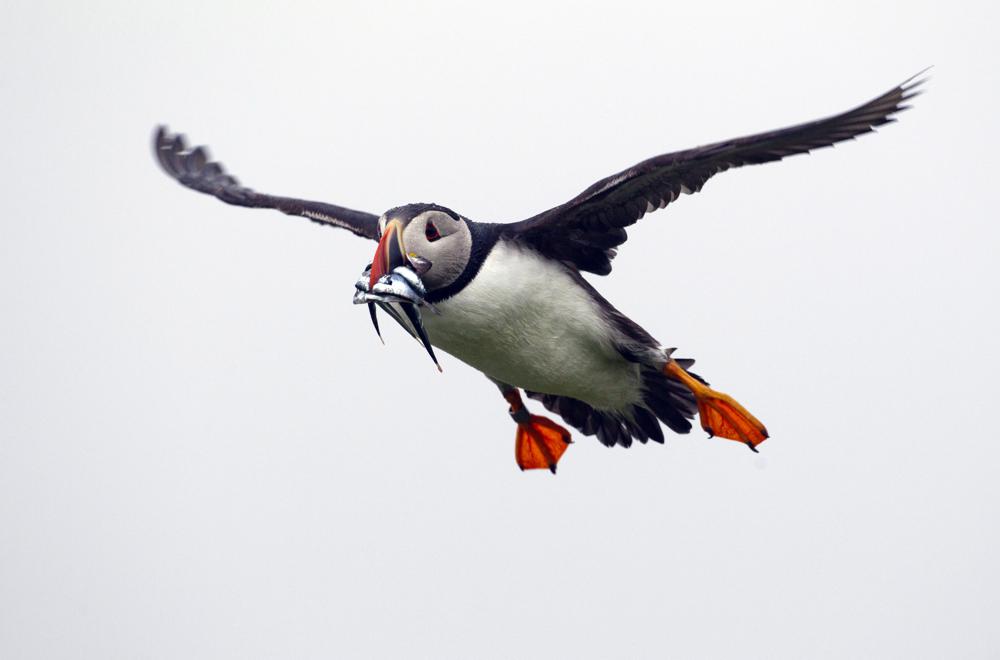