Record Amount Of Seaweed In The Caribbean

More than 24 million tons of sargassum blanketed the Atlantic in June, shattering the all-time record, set in 2018, by 20%, according to the University of South Florida’s Optical Oceanography Lab. And unusually large amounts of the brown algae have drifted into the Caribbean Sea.

A raggedy carpet of vegetation recently surrounded an uninhabited island near the French Caribbean territory of St. Martin that is popular with tourists, forcing officials to suspend ferry service and cancel kayaking, paddleboarding and snorkeling tours. The normally translucent turquoise waters around Pinel Island turned into a prickly yellowish-brown slush.

Oswen Corbel, owner of Caribbean Paddling, said he had to close his St. Martin business on July 22 and doesn’t expect to reopen until late October. He estimated he has lost at least $10,000.

“Maybe I should give up. … Sometimes I think I should go into the mountains and herd sheep, but this is what I know to do,” he said. “What’s next? We had Hurricane Irma, we had COVID, we had the sargassum, and now I’m pretty scared of global warming.”

Scientists say more research is needed to determine why sargassum levels in the region are so high, but the United Nations’ Caribbean Environment Program said possible factors include a rise in water temperatures as a result of climate change, and nitrogen-laden fertilizer and sewage that nourish the algae.

“This year has been the worst year on record,” said Lisa Krimsky, a university researcher with Florida Sea Grant, a program aimed at protecting the coast. “It is absolutely devastating for the region.”

She said large masses of seaweed have a severe environmental impact, with the decaying algae altering water temperatures and the pH balance and leading to declines in seagrass, coral and sponges. 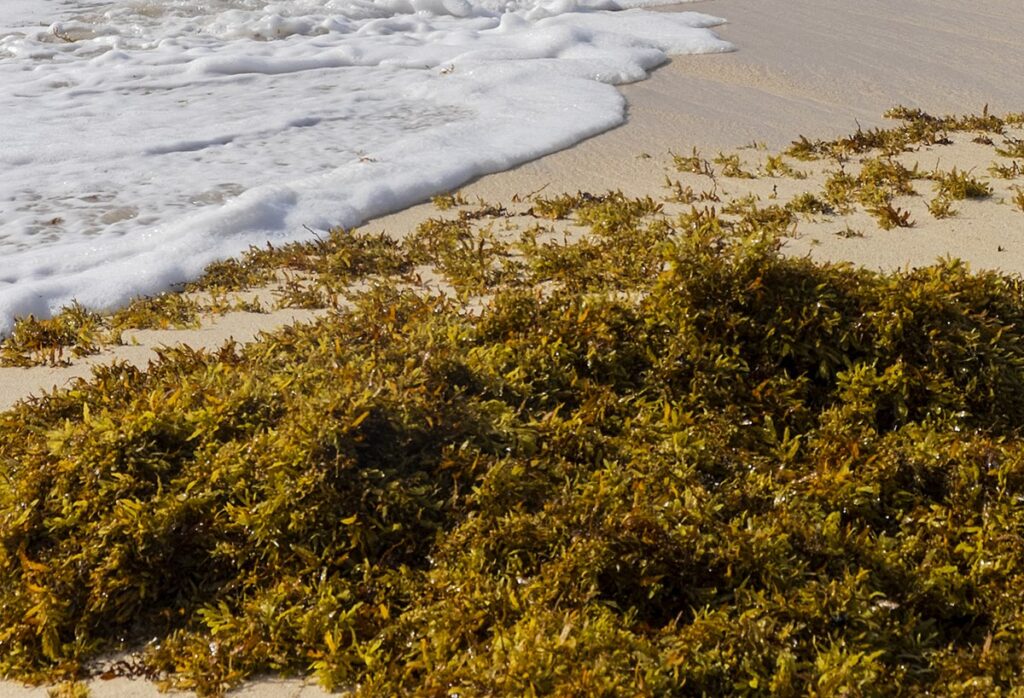