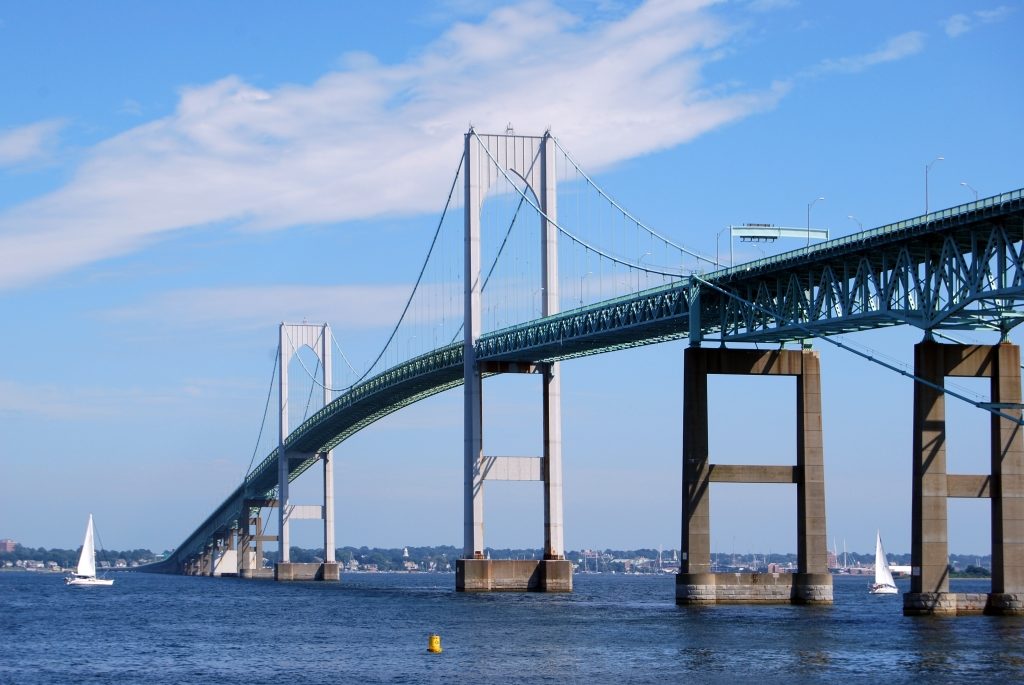 The Claiborne Pell Bridge, commonly known as the Newport Bridge, is a suspension bridge operated by the Rhode Island Turnpike and Bridge Authority that spans the East Passage of the Narragansett Bay in Rhode Island (northeastern United States), connecting the City of Newport on Aquidneck Island and the Town of Jamestown on Conanicut Island. The bridge is four lanes (two in each direction) and is part of RI 138. It is a toll bridge, and the cash toll is US$4.00 for cars (as of 2009). E-ZPass is accepted and users of the system receive a toll discount. The bridge is the only toll road in Rhode Island.

Bicycles are not permitted on this bridge, but Rhode Island Public Transit Authority bus #64 has bike racks for weekday and Saturday travel. Ferry service from Newport to Jamestown is an alternative to the Newport Bridge and is available through Oldport Marine.

The main span of the Newport Bridge is 488 meters (1601 ft), ranking it number 70 among the longest suspension bridges in the world, and making it the longest suspension bridge in New England. The overall length of the bridge is 3,428 meters (11,247 ft). Its main towers reach 122 meters (400 ft) above the water surface, and the roadway height reaches as high as 66 meters (215 ft).

The bridge was constructed from 1966-1969 at a cost of US$ 54,742,000 by the Parsons, Brinckerhoff, Quade & Douglas company, also famous for engineering the modern New York City Subway and the Cape Cod Canal.

The bridge was renamed for U.S. Senator Claiborne Pell in 1992, but it is still commonly referred to as the Newport Bridge by residents and historians. The bridge is featured on the Rhode Island state quarter. 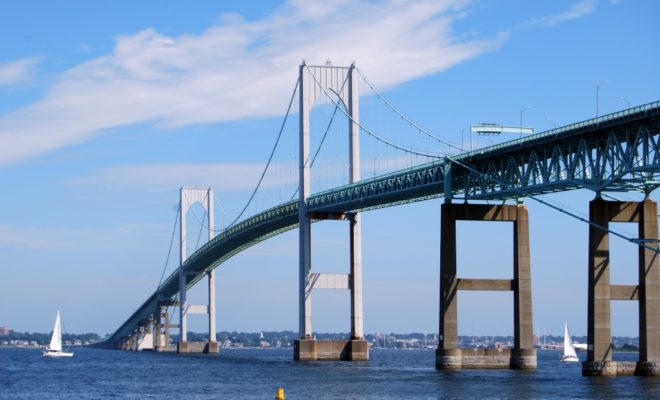